- January 09, 2010
ONE of the most distinguishable landmarks in the city of Edmonton is our beloved Muttart Conservatory, a cluster of transparent pyramids that sit in the North Saskatchewan river valley and encase a diverse botanical garden. 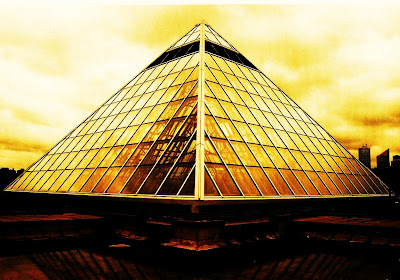 Four glass structures, with a combined 2,140 square meters of area, make up the most photogenic portion of the recently renovated city attraction, which was designed by Massey medal-winning architect Peter Hemingway (1929-1995).

The Muttart was completed in 1976, after a generous donation from the Gladys & Merrill Muttart Foundation got the ball rolling. It's since become one of our city's most recognizable destinations, serving as an oasis of plantlife even in the dead of winter.

Also a popular choice spot to host special events such as weddings, the Muttart showcases a wide range of tropical, temperate and arid plantlife from around the world, including palm trees, banana orchids, red woods, parrot's feather, pampas grass, cedars, and eucalyptus trees. 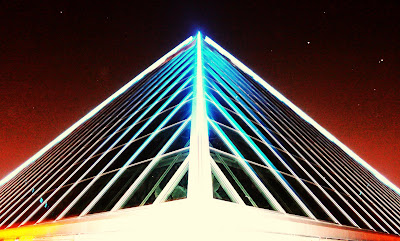 Although admission to the city-owned facility used to be free of cost, a $6.3 million reno last year has forced organizers to charge a fee of $10.50 (regular rate). For all rates and further information on the Muttart Conservatory, visit their official website.