Showing posts from April, 2011
Show all 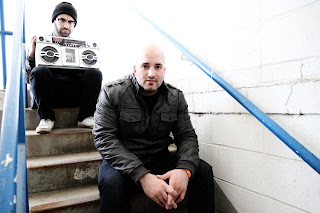 Cousin's "Champion Song" (2011) BY EMIL TIEDEMANN Slave Lake rapper Cousin G ROWING up in the northern Alberta town of Slave Lake --population 6,703--Mouhamed Mouallem was practically forced to get used to the twang of Dwight Yoakam , John Michael Montgomery , and fellow cowboy hat serenaders. But Mouallem, now 27, broadened his musical palette, soon taking in the beats & flows of Lupe Fiasco , Kanye West , Common , Emilio Rojas , and others. By 2008 Mouallem, later christening himself Cousin, started writing his own raps, storytelling alongside hip-hop beats and via his own personal brand of "braggadocio and self-deprecation." The end result of the Lebanese-Canadian's diverse and evolving antics were finally realized in this summer's Martyr's Circus: The Freequel , which features the handiwork of Canuck producers/ artists like Omar "A.O.K." Mouallem , Nidal Mourad , Metawon , Sample Jockey , and Engineer . The "pizzeria
Post a Comment
READ MORE » 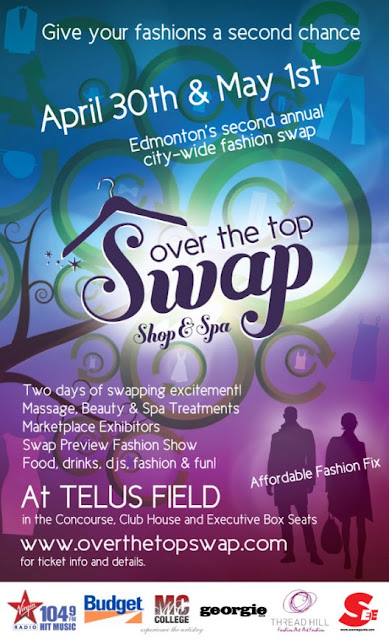 "Spring is the season of inspiration and renewal. It's the perfect time to de-clutter and start fresh" BY EMIL TIEDEMANN What: City-wide fashion swap When: Saturday, April 30 (10AM-6PM)-Sunday, May 1 (11AM-5PM) Where: Telus Field (10233-96 Ave.) Over the Top Swap 2011 T HE other day at work I wore a Doors T-shirt that my buddy had intended to toss out, simply because he'd begun to stretch Mr. Morrison 's facial features beyond recognition. If you're in the same boat, exaggerating the threads of your old shirts or pants, then you've now got another option, rather than re-gifting 'em to your thinner friends. Anyone is welcome to bring in their "no longer needed, but still fashionable" clothing and accessories to swap for "swap tokens," which can then be traded in for anything from the swap. Not a penny spent! It's called Over the Top Swap , and it's Edmonton's only city-wide premium clothing swap for both m
1 comment
READ MORE »
More posts