Showing posts from November, 2020
Show all

By Emil Tiedemann Edmonton-based poet and photographer Paul Pearson has fulfilled a childhood dream and launched his debut collection, Lunatic Engine , for which he recently wrapped up a virtual tour to promote his new work. Heavily inspired by Galileo Galilei, Pearson's poetry delves into the life-long struggles of answering the questions behind the existence of our universe and, by extension, ourselves.  'I Heart Edmonton' wanted to get to know Pearson more personally, as well as how he ended up writing and publishing Lunatic Engine  with the Winnipeg-based Turnstone Press . You can find Pearson's new book at bookstores, via Amazon, or by visiting Turnstone Press' website. Until then, let's get to know Paul Pearson a little more... Where were you born and raised?  I was born in Kimberly BC but was raised in Elkford BC. We moved to Lethbridge in 1983 and then to Edmonton in 1987. Which is good because I hated the wind in Lethbridge. A week after we moved into
Post a Comment
READ MORE »

Why I Wrote 'Popular Girls: Moments of Triumph, Tragedy, and Trailblazing In a Century of Women In Music' 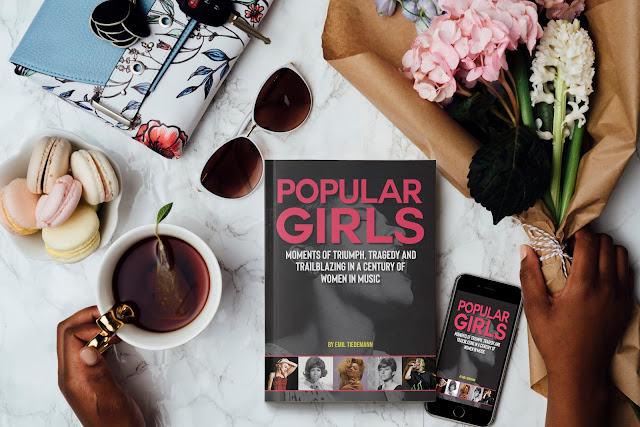 By Emil Tiedemann I want to talk about why I wrote Popular Girls . Let’s be real, there are far more articles, books, documentaries, and biopics out there that spotlight the men in music compared to women, with plenty of titles even for individual artists or bands like Bob Dylan , Elvis Presley , the Beatles , the Rolling Stones , David Bowie , Michael Jackson , Prince , Johnny Cash , Jimi Hendrix , Led Zeppelin , Bob Marley , Elton John , Nirvana , and 2Pac , to name a few. The available titles for books alone on female musicians and bands (excluding memoirs and autobiographies) are slim even for the biggest of names. Even when you skim through those music-oriented encyclopedic-type books, you’ll notice that women make up only a fraction of the articles. I remember one in particular, which I will refrain from naming, that bragged about its more-than-300 biographical entries, two of which were solo women. TWO!! Popular Girls: Moments of Triumph, Tragedy, and Trailblazing In a Century
Post a Comment
READ MORE »
More posts