Edmonton-based poet and photographer Paul Pearson has fulfilled a childhood dream and launched his debut collection, Lunatic Engine, for which he recently wrapped up a virtual tour to promote his new work. Heavily inspired by Galileo Galilei, Pearson's poetry delves into the life-long struggles of answering the questions behind the existence of our universe and, by extension, ourselves.

'I Heart Edmonton' wanted to get to know Pearson more personally, as well as how he ended up writing and publishing Lunatic Engine with the Winnipeg-based Turnstone Press. You can find Pearson's new book at bookstores, via Amazon, or by visiting Turnstone Press' website. Until then, let's get to know Paul Pearson a little more...

Where were you born and raised?

I was born in Kimberly BC but was raised in Elkford BC. We moved to Lethbridge in 1983 and then to Edmonton in 1987. Which is good because I hated the wind in Lethbridge. A week after we moved into a townhouse in Millwoods, I stood outside watching these crazy thunder clouds twist themselves into the tornado and start taking roofs off the houses a block away. I didn't realize the wind was going to be so much worse here in Edmonton.

When and why did you start writing poetry? 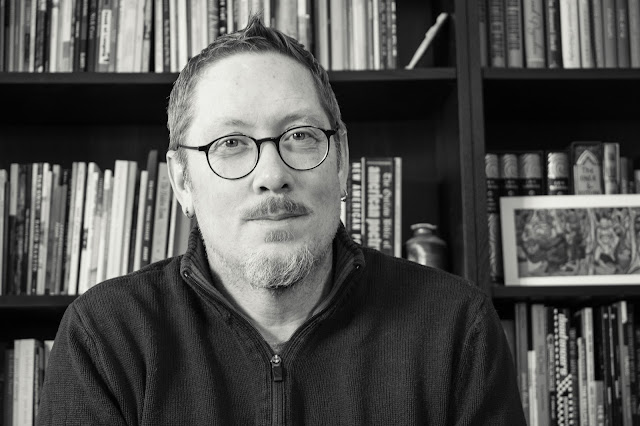