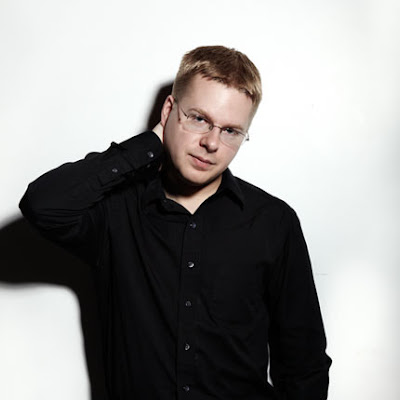 MOST 26-year-olds I know can barely figure out the countless apps on their iPhones or can even put together a proper sentence (don't judge me!), but I have no doubt that our latest Q&A participant, Mack D. Male, could tackle both missions simultaneously with his hands tied behind his back! Ahh...actually, that probably couldn't be done. Scratch that!

Let's just say that Mack D. Male isn't like most 26-year-olds I know. "I'm a geek who lives in Edmonton," Male writes of himself. He's just being modest.

Along with a couple of friends, Male founded Paramagnus Developments, a "privately held company headquartered in Edmonton, focused on building social applications and services," and has been for the last 10 years. Currently the team is working on ShareEdmonton, a local aggregation platform for Edmontonians and their surrounding neighbours.

By day Male keeps himself busy as a senior software developer for Questionmark, a knowledge assessment business based out of London, as well as an extensive blogger and passionate Edmonton advocate. He runs his own website, MasterMaq, committed to spreading the word on what's happening in our hometown. Thousands of locals follow Male's 6-year-old site, making him the city's go-to blogger.

In fact, it was a suggestion by Male himself that led to the recent "Bloggers Appreciation Day" late last month, in which more than two dozen local bloggites (including yours truly) were invited for a sneak peek of the brand new Art Gallery of Alberta. Six days before the public. Thanks Mack, by the way.

In addition to his site thousands more (6,930 to be exact) keep updated on Male's daily tweets on his Twitter page, which he "guesstimates" as one of the very first of what is now about 20 million users. Actually, Male's become so Twitter-savvy that he was recently recruited by CFRN to teach their staff how to navigate the social networking phenomenon.

All of this lends merit to Male being selected last year be Avenue magazine as one of their inaugural "Top 40 Under 40" Edmontonians, for "being a tech guru and passionate blogger who is transforming Edmonton into City 2.0." And it hasn't escaped me that Male is eligible to return to the annual list for another 13 years!

Fortunately, Male found some time in his active schedule to answer some questions for "I Heart Edmonton." Now, let's spend a few minutes with...Mack D. Male....

1. What is one thing about Edmonton that you think stands out from other Canadian cities?
I'd have to say community. Every city has community of course, but I think Edmonton is unique. Whether it's our community leagues, neighbourhood groups, or volunteer associations, Edmontonians always seem to come together to do amazing things. There are incredible niche communities in Edmonton as well, such as the Twitter community that I'm happy to be a part of. We're really very different than other cities--no other uses a hashtag like we use #yeg!

2. Do you have a favourite place to visit in Edmonton?
I quite like Churchill Square, especially with the new Art Gallery of Alberta. I like the idea of a meeting place in the centre of the city! Some other favourites: Route 99 diner, the City Centre Market, Whyte Ave. (great people watching).

3. What local festival do you look forward to the most each year?
I really like the Fringe, after being introduced a few years ago. There are a lot of great festivals obviously, but I really enjoy the theatre, food, buskers, and general atmosphere of the Fringe. It's family-friendly and relatively inexpensive. And I'll be honest, I enjoy the rivalry we have with the Winnipeg Fringe festival!

4. If there was one thing you could do to improve the "City of Champions," what would it be?
I'd change our tagline to "Festival City" instead! We do, after all, have one of the most amazing annual event lineups in the country. More seriously, this is a difficult question to answer, but for me it's all about density. I think we need to increase the population density in Edmonton, because there are so many benefits that result. Tangibles, like reduced service costs (cheaper to plow fewer streets, run fewer buses/trains to the edges, TOD, etc.) and intangibles, like the next big company being created because two entrepreneurs "ran into each other." We're too spread out, so reversing that would be what I'd improve.

5. Whyte Ave. or Jasper Ave.?
Whyte Avenue is great, but I'm going to say Jasper Avenue. There's still a certain level of prestige that comes with the address! Jasper Avenue has great history, but also great potential. I'm really excited about the changes being proposed as part of the "Jasper Avenue New Vision"-I think we have the opportunity to make Jasper Avenue much more pedestrian-friendly and functional, and also one of those streets that everyone outside the city knows about and talks about.

6. What radio(s) station do you listen to the most?
I don't listen to very much radio, but if I do turn it on, it's usually 630 CHED or iNews880. Sometimes CBC online. Occasionally I turn on The Bounce to see if there's anything I haven't already heard, but not very often.

7. If you had to sum up the city of Edmonton in three words or less, what would they be?
Opportunity & community.