I HEART Edmonton just wanted to take a moment to point out that today, also Alberta's 20th annual Family Day, marks the 45th anniversary of the iconic red 'n' white Canadian flag. You know the one...it has that giant maple leaf on it! 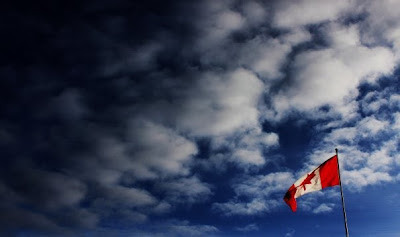 Anyways, what has to be Canada's ultimate symbol (sorry, beavers) first waved from Parliament Hill in Ottawa on February 15, 1965, replacing the Union Flag we once used. Designed by John Matheson and U of A grad George F.G. Stanley, the flag is celebrated each February 15th (since 1996), known as National Flag of Canada Day.