Showing posts from November, 2015
Show all

A Place for Dynan 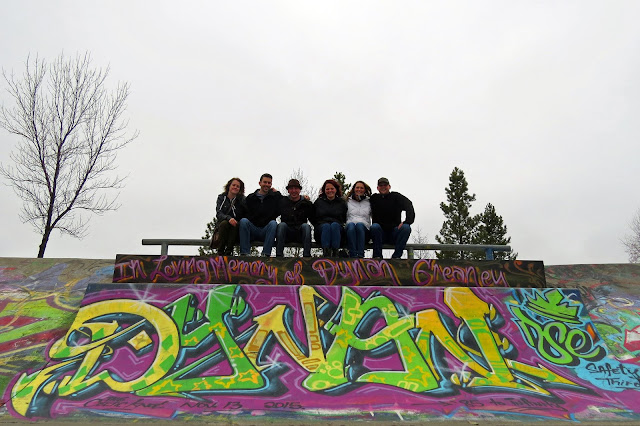 A group from St. Albert hopes to raise funds for mental health support and a memorial bench in honour of their friend Dynan by michelle landry I N December 2014, our friend Dynan Greaney lost his battle with mental illness . A mural at the St. Albert Skatepark done by artist Justin Moose in honour of Dynan. These are his friends (from left to right) Michelle Landry, Drew Buhr, Warren Ollis, Megan Hobbins, Erin Sharkey, and Lyndon Golanowski. He was always smiling and making people laugh. He had a huge heart and gave the best hugs. Dynan was one of our best friends growing up. He is the reason we have so many good memories to look back on and laugh at. He was a special person and touched everyone’s lives. Dynan did not talk to many people about his struggles. I wish he felt he could have. We as a group want to start today to break the stigma of this unspoken topic. It’s a tough world out there, and we need to feel we can lean on one another. There is not a lot of help
Post a Comment
Location: St Albert, AB, Canada
READ MORE »
More posts