Showing posts from March, 2017
Show all

Royal Alberta Museum by emil tiedemann O N Thursday, December 7, 1967, Edmonton officially opened the doors to the Provincial Museum of Alberta, a project 17 years in the making. The public who attended that opening day took in galleries featuring the fur trade, pioneer life, agriculture & industry, and early photographs of Aboriginals that were taken by Ernest Brown and Harry Pollard .    A rendering of the new Royal Alberta Museum, opening in 2 018 in downtown Edmonton! As the years went by, the museum expanded and added more galleries and new exhibits, everything from Australian Aboriginal art to Japanese kites. In order to maintain its growing collection, the museum began to charge admission in 1990. Later exhibits at the museum focused on Native Culture, natural history, wildlife, entomology, and of course, dinosaurs. That’s in addition to rotating exhibits from around the globe.  Queen Elizabeth II visited the museum in the summer of 2005, bestowing royal patro
Post a Comment
Location: Edmonton, AB, Canada
READ MORE » 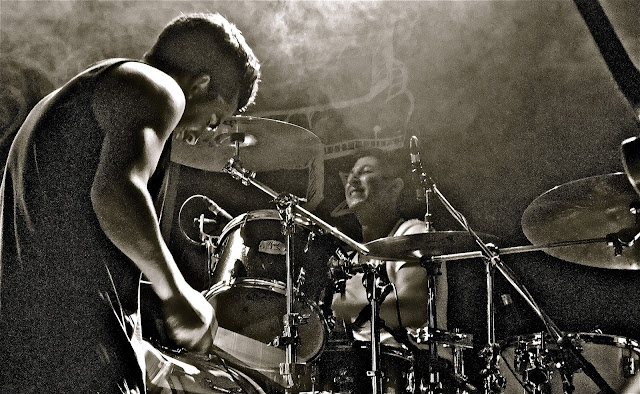 Starlite Room by emil tiedemann I T ALMOST looked like a medieval church, depending on where you were standing. Brick walls, an arched entrance, and a flock of bohemians, beatniks, and beirdos waiting for the large castle-like doors to swing open and grant them asylum from the cold.  It was the middle of February in Edmonton and so the sooner the better. I had been invited by some publicist because of my blog about “everything Edmonton,” and in fact had never even heard of headliner Michael Bernard Fitzgerald prior to this invite, nor had I ever been to a show at the Starlite Room .    Calgary's Michael Bernard Fitzgerald (left) performing at the Starlite Room, with Andrew Ball on drums. I had at least heard of the Starlite though, and was excited to finally check it out, sort of a hidden gem, unless you’re a fan of any music that Pitchfork or Spin magazine might praise. I hope I didn’t paint a picture of pretentious and arrogant hipsters staring you down because yo
Post a Comment
Location: Edmonton, AB, Canada
READ MORE » 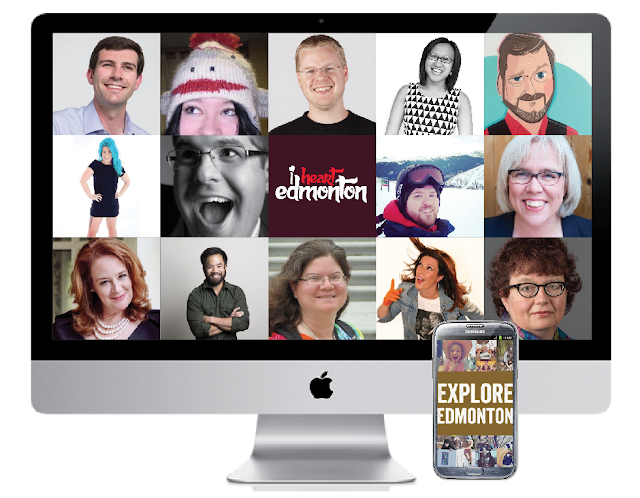 #YEG Online Community by emil tiedemann S OCIAL media has forever changed our World Wide Web. It’s changed why we go online, when and where we go online, and even who goes online, and there’s no going back now! Facebook, Twitter, Instagram, Snapchat, blogs, podcasts, and the many other virtual social hubs have become a part of most people’s daily - and in some cases, hourly - lives.  How often have you seen someone glued to their smartphone or tablet on a bus or at your dinner table, or even walking down a busy street?! Some would argue that social media has turned civilization into that zombie apocalypse the movies and TV shows kept warning us about. The lack of manners and conversation is a common modern day pet peeve that is only getting worse as the generation born connected grows up.    Some of the most respected and well-known influencers in Edmonton's social media. Zombies aside, social media isn’t all that bad. Folks use it to reach out and engage, to spread im
Post a Comment
Location: Edmonton, AB, Canada
READ MORE » 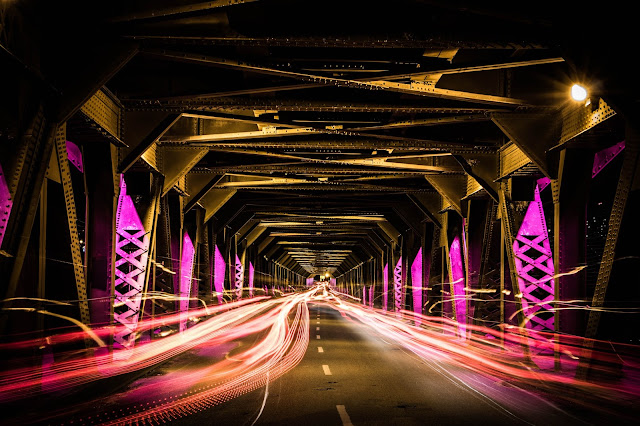 The High Level Bridge by emil tiedemann T HE City of Strathcona - located on the southside of the North Saskatchewan - amalgamated with the City of Edmonton - located on the northside of the river - on February 1, 1912. It was 16 months later, on June 2, 1913, that the High Level Bridge - linking the south with the north - was open to traffic for the first time.  Not just automobile traffic either! The 755-metre long, 49-metre high steel and concrete structure was designed by Phillips B. Motley to accommodate vehicles, rail, streetcars, and pedestrians, and all but rail continue to use Edmonton’s most iconic and oldest bridge spanning the river.    The stunning High Level Bridge at night (photo by Dylan Nicholson). The streetcars were noticeably absent from the High Level from 1951 to 1979, but they are once again a charming destination for tourists and locals alike in the spring and summer seasons, especially during the Edmonton Fringe Festival in August. They’ve even be
Post a Comment
Location: Edmonton, AB, Canada
READ MORE »
More posts