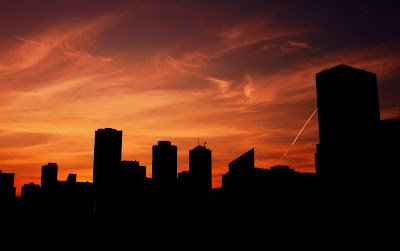 AS MUCH as I love this city, I have to admit that she has her problems. None that can't be improved upon though, with the exception of the subsiding mercury...but we should be used to that by now.

Most of the issues Edmontonians have with their city are the usual suspects, kinks that most urban centres deal with on a daily basis. Fortunately, for us, none of these problems involve earthquakes, hurricanes, terrorist attacks, unreasonable smog, overcrowding, traffic congestion (in comparison), choking gun violence, rats, flying cockroaches, or Cèline Dion (just kidding...kinda).

Nope. We have it pretty good here in Edmonton when we think about what we don't need to worry our pretty little heads off about. But, despite that last statement, there's always room for improvement.

I Heart has taken it upon itself to examine some of the "issues" Edmonton faces in 2010 (& beyond), problems that we could submit to a citywide resolutions list for the new year, if such a thing existed.

So as you work on eating better, reading more or quitting smoking, I Heart hopes the city of Edmonton will work on some of her own flaws:

-Ignorance
Let me be the first to say that this town is stocked with stand-out citizens that class up the place, but Edmonton is still, unfortunately and unfairly, recognized by many outsiders as a "redneck" "hick town." Ignorance doesn't run rampant here, but there seems to be an abundance from time to time, stalling our growth as a city in terms of cultural diversity, sexual acceptance, and progressive politics.

I'm tired of listening to crass assholes ("crassholes," if you will) bleeding their ignorance over the airwaves, calling into radio stations to defend some social reject's egocentric behaviour. I'm tired of over-conservative politicians who refuse to bend the other way just because they can. And I'm tired of vandals spending their spare time (which is most of their time) hating the contrary for the sake of hating.

We need to open our minds and move forward, at least try to understand what we don't get, and blindly accept those who bring something different to the table. Just imagine. 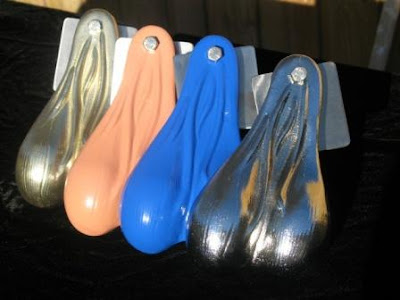 -Bumper Nuts
Come on people! Who's the dickhead who thought it'd be cool to dangle a pair of chrome balls from some wanker's oversized supercab? These "bumper nuts" have been popping up on--or drooping from, I should say--the backs of big trucks and motorcycles all over the city, setting us back at least 20 years! Do women really like these things, as the ads claim? I doubt it, but there's always the odd douchebag who'll bite!

-Haters
It's so much easier to be a cynic than a forward-thinker who's willing to put forth the effort to change or suggest ideas for the better. That's why there's so many of them...cynics, that is. Hang out in the lunchroom at work, or stand in line at Tim Horton's, or spark up a conversation at the urinal even, and you won't be hard-pressed to find a local complaining about any given aspect of whatever city they're currently residing in. It could be the nightlife, the bylaws, the citizens themselves, the roads (okay, maybe they have a point with that one), public transportation, or a steady favourite, the weather.

They love to hate and hate to love. But if these haters just took the time to discover what Edmonton actually has to offer, and focus on what we excel in instead, lunchrooms and urinals would be so much more pleasurable. Wait, that didn't come out right. Anyways, my point is stop bitching and start bragging all you haters. Okay, now I sound like a hypocrite!

-One-Ways
Damn them all to hell! I may come off as a bit bitter, but it's only because I'm at war with these what-were-you-thinking? roadways that can blister an otherwise nice day. Okay, maybe I'm a little too bitter, but I think Edmonton would be better off without these annoying streets. I guess I can put up with them for now at least, but those bumper nuts...they gotta go! 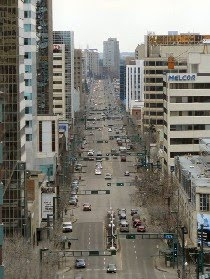 -Jasper Avenue (Downtown Portion)
Heading downtown from the West End on a weekend evening, Jasper Ave. is a vibrant strip of clubgoers and restaurant patrons, but once you hit 107th St. (Audreys Books) it's like an unreasonable curfew has taken affect. That half of Jasper, with all them skyscrappers and office buildings, essentially shuts down in the evening hours, with the odd exception. Fortunately, city council has agreed to spruce up the avenue, and is willing to spend millions of dollars to do so. Until then, Whyte Ave. continues to be the preferred destination for streetscape shopping or meeting up for a drink, a coffee, or a bite to eat.

-The Oilers
Did I say that out loud?

-The Transit
On the corner of 66th St. & Fort Road is a proud example of Edmonton's early settlement, or at least it used to be. The Transit Hotel was erected in what is now the Northeast part of the city on September 11, 1908, as a convenient stop for folks travelling between Edmonton and Fort Saskatchewan (thanks Wikipedia). But the hotel-slash-tavern hasn't aged so gracefully, and neither has its surrounding neighbourhood. Coming from someone who lived just a stone's throw away from the century-old "landmark," I can attest to the indecency that plagues the hotel and area, now a haven for public drunkenness, prostitution, drugs, and violence. I wouldn't say it's out of control--yet--but is any amount of these occurrences ever really acceptable? Fortunately, Fort Road is amongst the various city streets that are redeveloping their images as we speak.

-The Shitty Malls
I'm talking about you Abbottsfield Mall (32nd St. & 118th Ave.), and you, too, Bonnie Doon Shopping Centre (82nd Ave. & 83rd St.). Oh, and we can't forget about North Town Centre (94th St. & 137th Ave.) and, of course, Meadowlark Centre (156th St. & 87th Ave.). You guys suck! These poor excuses for malls, and a few others in the Edmonton area, are just dull hallways of shops that I can do without, and in a city famous for having one of the world's biggest shopping centres! Let's put them outta their misery and erect farmer's markets instead!

-Chain Gangs
First off, this isn't what you're thinking. I'm referring to the countless chain businesses that have set up countless franchises across the city. I'd be a liar if I told you that I refrain from stepping foot into a Wal-Mart, a Subway, or a 7-11, but does there really have to be so God-damn many of them?! In the city of Edmonton alone there are 52 Tim Horton's, 40 McDonald's, and 31 Second Cups!

We are oversatuated with these chain ventures that seem to wanna pop up on every available corner, without a care of the locally-owned carnage they leave in their path. Luckily for those who find refuge in the one-of-a-kind shops, there's Keeping Edmonton Original, an organization dedicated to "supporting and sustaining independent business as a fixture of our local culture and community." KEO, and I Heart alike, encourage Edmontonians to shop, eat, drink, dine, and live local as much as they can. 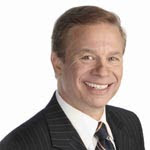 -Potholes
This is just something I thought many of you would want me to mention, but to be honest, potholes are a pet peeve in almost every other city. They're like mosquitos, a nuisance that returns when the snow melts. Unless some genius comes up with a more permanent solution than what we use at the present time, we're just gonna have to put up with the road craters.

-Mike Sobel
We're all allowed one get-out-of-jail-free card when it comes to explaining why we don't like somebody we've never even met. For me, it's this guy.

And that concludes I Heart's look at what we'd like to see as Edmonton's own New Year's resolutions list. It may take longer than what 2010 will offer, but Rome wasn't built in a day, right?! Of course, there are other problems that the city could do without, but obvious concerns (homicides, gang activity, cab & bus attacks, Celine Dion, etc.) go without saying. Happy New Year Edmonton!
e
bumper nuts Jasper Ave. Keeping Edmonton Original Mike Sobel New Year's resolutions Transit Hotel