- December 16, 2009
Alberta's capital region has won Sociable City Award for providing a safe and active nightlife that's the envy of the rest of the continent

WELL, it's official! The RHI (Responsible Hospitality Institute) has confirmed what I Heart has been preaching all along...that Edmonton is the most "sociable city" on the continent!

The distinction took various critieria into account before it was cast upon our deserving city, which is now recognized for providing the most vibrant and safe nightlife in North America.

But the RHI awarded E-town with the honour based on more than just our nightlife, also citing our partnerships between businesses and government, innovative marketing campaigns, proactive compliance education & training, public space entertainment, multi-cultural activities, and serveral city services, such as the Public Safety Compliance Team.

"We're honoured for the recognition and proud to work closely with our many partners in the industry, community and government," said Responsible Hospitality Edmonton Project Coordinator Angela Turner. "Our work through RHE definitely contributes to Edmonton's renowned high quality of life."

"I think it says there are some really good things happening, really innovative things we can share with other cities."

Edmonton was the only Canadian city in the RHI's Top 10 list, which was rounded out by nine U.S. metros, including Pittsburgh, Seattle, West Palm Beach, San Jose and Long Beach.

"The cities that received awards are outstanding models for planning and managing nightlife," commented RHI president Jim Peters. "Their city leaders are at the forefront of innovation for harnessing dining and entertainment as an economic engine to drive revitalization and increase city funds." 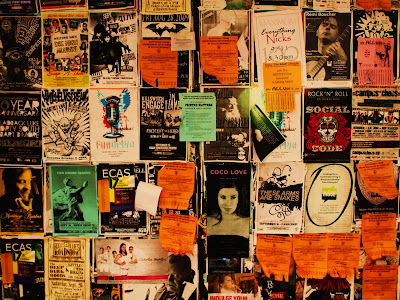 Although many Edmontonians are unaware of the city's leadership in these areas, other major regions have taken notice. In fact, Edmonton's Responsible Hospitality division has been invited to reveal its secrets on maintaining its healthy nightlife to American cities like Philadelphia, Boston, Pittsburgh, and even New York.

"I think it says there are some really good things happening, really innovative things we can share with other cities," said Shirley Lowe, the executive director of the Old Strathcona Business Association. "There are a lot of people who care about their city, and who are engaged in creating a city people want to live in."

There are numerous areas throughout the city that have recently or are currently going through a rejuvenation period, including Fort Road, Alberta Avenue, 104th Street, and the Alberta Legislature grounds.