- December 20, 2009
The Art Gallery of Alberta is just six weeks away from the big reveal, and is celebrating with numerous events 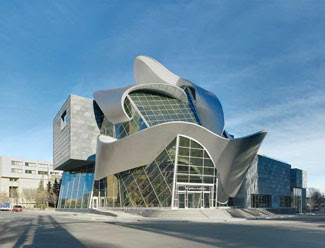 IT'S been a long four years since the Art Gallery of Alberta set out to find the right candidate to redesign its structure for the next generation of Alberta's art enthusiasts. And now, there remains just six weeks until we, the public, get to see the culmination of all those months of planning and construction...all $88 million worth of it!

The New AGA will hold its grand opening on Sunday, January 31, 2010, with free admission from 9AM to 9PM, and again on Monday, February 1st. Visitors will be welcomed in 30-minute intervals in order to avoid over-crowdings.

But before I go any further, let's take a look into how the new gallery came to be, shall we?

The competition to find the architect who would design what we currently see at 102nd Street and Jasper Avenue, was initiated back in '05. L.A.-based Randall Stout was selected to come up with a new blueprint for what was then the Edmonton Art Gallery, which first opened its doors way back in 1924.

This past September Stout and the AGA welcomed eager Edmontonians to the Winspear Centre to view the first images of the renovated gallery's interior, and to answer any questions they had on the reasoning behind the bold and unconventional design of the structure.

The 90-minute lecture lent us an inside look to Stout's motives and inspirations for his Aurora Borealis-themed project, one that earned controversy over its similarity to designs by Stout's former boss, Toronto-born architect Frank Gehry.

"I do not believe Frank has done anything like the singularity of the Borealis, where all the pieces pull together as a single-fluid surface," Stout told the Edmonton Journal. "Clearly there are influences but there are also differences." 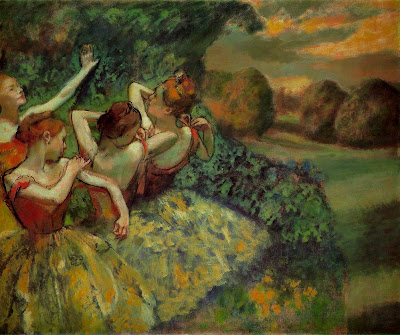 Besides the Gehry connection, Stout has also had to defend his unusual idea for the AGA design from conservative and/or unimpressed locals who've all but written off the gallery as, for lack of a better term, "ugly."

"[The] discordant slab of ugly...looks like a stillborn sibling," condemned one local critic (Vue Weekly's Matthew Halliday), who seemed content in Edmonton's lack of urban growth compared to other Canadian cities. The New AGA has been cited as one of the city's ventures in designating Edmonton as a world-class cultural hub. What exactly is wrong with that?!

Hate it or love it, Stout's brazen design represents a shift in our city's urban identity, one that will hopefully put it on par with other adventurous metropolis'. We can only hope that this is just the beginning of an architectural revolution in the capital region that inspires innovation and ideas that run off the beaten path, as is the gallery itself.

Anyways, let's get back on track here and get into why you're even reading this in the first place...the big grand opening!

The weekend following the actual reopening of the AGA, on Saturday, February 6th (8PM), organizers are throwing a "late night art party" to celebrate the event. "Refinery," as it has been christened, will be themed around the "Edgar Degas: Figures in Motion" (above left) exhibit, which will include projects and performances by some of the top young artists in the province. Advance tickets for the 18+ party are $45 ($55 at the door).

"Qualico Family Day" has been allocated for Monday, February 15th, from 11AM to 5PM, and then the following Sunday the AGA will encourage families and young art enthusiasts to visit "HSBS All Day Sunday," from 1-4PM. 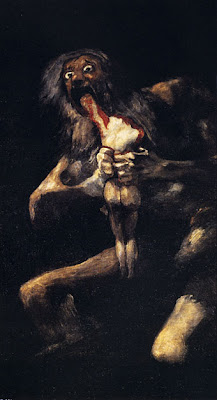 The 85,000-square foot AGA has also announced its recent partnership with the National Gallery of Canada, which means our new building will be presenting an ongoing series of National exhibitions. This marks the first Canadian gallery to establish such a relationship with the NGC, and the only one in the province.

The AGA's first exhibition in conjuction with its national counterpart will be "Franciso Goya: The Disasters of War and Los Caprichos" (right), which runs from January 31st until May 30th. You can read more about the showcase by clicking here.

In addition to Goya, other artists who will be spotlighted in the first months of the New AGA will include Edgar Degas, Janet Cardiff, George Bures Miller, and Canadian photographers Edward Burtynsky and Yousuf Karsh.

Alberta sculptor Ken Macklin will have his work showcased on the 3rd-floor outdoor sculpture terrace by the grand opening. There is also a brand new children's gallery, the BMO World of Creativity, that will focus on architectural themes for 2010.

To bring international art to Edmonton, the AGA has also partnered up with "Capital Powered Art," which will support at least ten Canadian and world exhibitions over the first three years. "This visionary, long-term commitment will allow the AGA to bring some of the world's best art to Alberta," bragged the gallery's new website.

For anyone interested in attending the AGA's opening gala head to their official website and print off a free ticket. Once there you can also sign up to become an AGA Member or Ultra Member to recieve gallery updates and discounts on upcoming events.

Below is a video featuring the brand new AGA logo, courtesy of YouTube.