Jeff Stuart & the Hearts In Concert

- November 08, 2009
Local talent pick hometown Edmonton to reveal their new record for the first time...officially, that is! 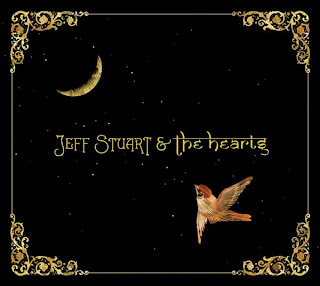 ALTHOUGH Jeff Stuart and his cabaret of alt-rock misfits have been making music together or on their own for years now, and even released an EP (Music from the Middle Drift) in 2004, Tuesday night marks the official launch of their first full-length album, Black Dogs Blue Giants.

Foundation Concerts is proud to present the CD release party at one of Edmonton's best small-concert music venues, The Pawn Shop, which will also host performances by the night's guest musicians Ayla Brooks and the Pale Moon Lights.

"Killer production, best execution of a set of players I've heard in a while, extra cool they're local," proclaimed SEE magazine's Fish Griwkowsky, who had a sneak peek of the songs months earlier. "Total win-win, taking the corpse of alt-country and turning it unrecognizably beautiful." 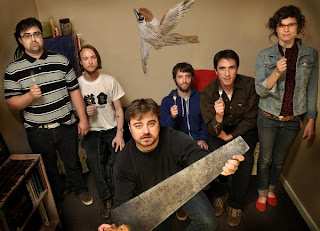 If you just can't wait until Tuesday (or Saturday the 14th in Calgary), then you can listen to the unsigned band's "The Wire" and "The Boss" tracks on their MySpace page, which also provides additional info on the band, as well as upcoming concerts.

You can purchase the Black Dogs Blue Giants album at the show itself, or get it online at CDbaby.com for $14.99 ($9.99 MP3). And by the way, Wednesday is a holiday (Remembrance Day), so drink up!
e
Ayla Brooks Black Dogs Blue Giants CD release party Jeff Stuart and the Hearts Pale Moon Lights The Pawn Shop Whyte Ave.