- November 03, 2009
Former U of A grad Anne Wheeler has left her mark on the Canadian film and television industry, and has plenty of hardware to prove it! 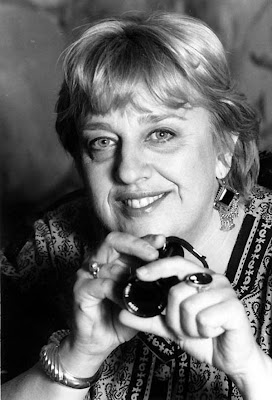 EVEN if you consider yourself a movie buff, you'll be hard-pressed to name even three established female feature film directors in the industry. Go ahead, try! Let's face it, filmmaking has been a male-dominated business since the very beginning, but every now and again a woman will come along and break old habits, proving that the ladies are on par when it comes to quality movie-making, rather than quantity.

Take Anne Wheeler for example. This Edmonton-born movie/TV director, producer and screenwriter has been honing her cinematic talents since the mid-'70s, and shows no signs of slowing down, but how many of us can honestly say that they know who she is and what she's done in the last 35 years? From shorts to features, documentaries to made-for-TV movies, mini-series to television programs, Wheeler has done it all. And although she no longer resides in Edmonton, Wheeler refuses to forget her Prairie roots.

Born Dorothy Anne Wheeler on September 23, 1946, this homegrown talent learned at an early age that she was going to be involved in the entertainment industry in some capacity or another. In fact, by high school Wheeler was already a piano teacher and keen drama student, even spending her summers touring with a children's theatre company.

Although Wheeler majored in Mathematics at the University of Alberta, she worked as a high school music teacher after graduation. It was only after spending two years abroad (Asia, Africa, Europe) that Wheeler discovered a new passion...filmmaking. She joined Filmwest, a film collective made up of indigenous movie makers that allowed the budding artist to polish her craft.

"Wheeler has become well-known for working on film projects that are personal to her and her past, whether thay are based on favourite stories from her youth or directly taken from family hardships."

For the first decade of her professional career in film Wheeler made only documentaries and short dramas, including her debut Great Grand Mother, which she wrote and directed. The 1975 docu-drama "embraced the music of Ann Mortifee and was cast from her circle of friends of family, who improvised, dramatizing the experiences drawn from the letters and diaries of women who had settled the Prairies." Great Grand Mother won Wheeler the Best Director award at the 1975 AMPIA (Alberta Motion Picture Industries Association) Awards.

In between these early years Wheeler worked primarily as a director and writer for the National Film Board of Canada's Edmonton branch, most notably on her feature documentary A War Story (1981). The acclaimed film, narrated by Donald Sutherland, centered around Wheeler's own father Major Ben Wheeler, and his three and a half years he spent in a Japanese POW camp in the '40s. 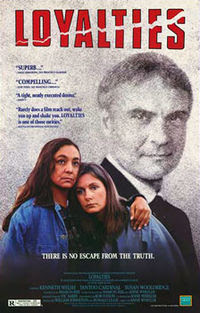 From 1975 to '85 Wheeler left her stamp (as director, producer, writer, or any variation of the three) on shorts like Happily Unmarried (1977), Teach Me to Dance (1978) and One's a Heifer (1984), in addition to docs like Augusta (1976), Welfare Mothers (1979) and Children of Alcohol (1984). In 1986 she transitioned into feature fiction with Loyalties, which won the Grand Prix honour at the 1987 Crèteil International Women's Film Festival, and earned Wheeler a Genie nod for Best Achievement in Direction.

Wheeler filled in her resumè with three more commended feature films in as many years, in Cowboys Don't Cry (1988), Bye Bye Blues (1989) and Angel Square (1990), each of which would win a Genie Award.

In addition, Wheeler has also worked on numerous other TV projects, including Mother Trucker: The Diana Kilmury Story (1996), which took home a CableACE Award for International Dramatic Special or Series/Movie or Mini-Series. Her 1998 mini-series The Sleep Room also cramped up Wheeler's trophy case, earning a Gemini Award as Best Direction in a Dramatic Program or Mini-Series.

Wheeler has become well-known for working on film projects that are personal to her and her past, whether they are based on favourite stories from her youth or directly taken from family hardships. 1995's The War Between Us is no exception, focusing on a pair of families thrust into the Japanese community of Western Canada during the Second World War. The made-for-TV effort led to accolades from the CableACE Awards (Best Foreign Programming in the U.S.), three world film festivals, and even earned the Red Cross Award for Humanity. 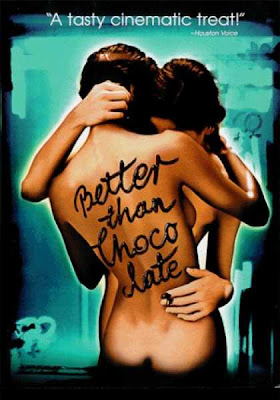 Wheeler left Alberta in 1996 and moved to the Vancouver area, where she shot her next feature, Better Than Chocolate (1999), a romantic comedy that would become one of Canada's highest grossing films of all time. She continued helming feature films in the new decade, including Marine Life (2000), Suddenly Naked (2001) and Edge of Madness (2002), but has since concentrated her attention on TV productions instead.

In fact, this year alone saw Wheeler, 63, put out three more TV movies: Dancing Trees, Living Out Loud and The Gambler, the Girl and the Gunslinger, and has more titles on the go, with no plans on retiring anytime soon. Her husband, Bulgarian-born Luben Izov, is also in the industry, working in the editing department of many of Wheeler's ventures. Both of her (twin) sons, Morgan and Quincy, also work behind the scenes.

Away from the movie cameras Anne Wheeler has been awarded six honorary doctorates and, in 1995, was made an Officer of the Order of Canada. And although she lives in White Rock, B.C., Wheeler finds time to trek back home whenever she can, passing through E-town just this past September to inaugurate the season's Edmonton International Film Festival with a free screening of her 20-year-old classic Bye Bye Blues (see "I Heart Edmonton's" review here). For a full list of Anne Wheeler's filmography, click here.
e
Anne Wheeler Better Than Chocolate Bye Bye Blues director Homegrown Talent University of Alberta

Get to Know Who's Running: Glynnis Lieb (Ward Ipiihkoohkanipiaohtsi)

Get to Know Who's Running: Derek Hlady (Ward sipiwiyiniwak)