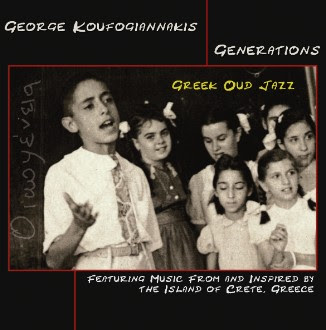 EDMONTON'S FM radio stations primarily spin rock, country or Top 40 pop tunes that keep the masses happy, so you might not realize that our city has a vibrant scene of alternative music that consistantly finds an audience beyond local borders. The upcoming Canadian Folk Music Awards shines a light on that scene, with four Edmonton-based artists up for hardware this month.

"I wanted to try and put something together as a tribute to that side of the family," Koufogiannakis told the Edmonton Examiner, referring to his Greek heritage. Although the Grant MacEwan graduate is right at home with the jazz guitar, for Generations he took up the oud, a pear-shaped instrument common in Middle Eastern music.

It blended well with the album's original songs and traditional melodies of the Mediterranean, and will hopefully lead to a win at the 5th annual CFMA. 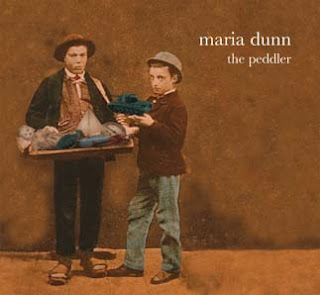 Fusing country and folk with her own Celtic heritage, Edmonton's own Maria Dunn has found her niche in the Canadian music industry, which she's been a part of for over a decade now.

The Juno-nominated singer-songwriter first caught our attention in 1998 when she released her debut album From Where I Stand, which earned her Best Folk/Roots Recording at the Alberta Recording Industry Awards.

Since then Dunn has recorded three more full-length discs, including last year's critically acclaimed The Peddler (pictured right), which has the Scotland-born songstress up for Solo Artist of the Year at the 2009 CFMA.

That Celtic heritage is indisputable once you hear the 10 tracks that make up The Peddler, which was partially recorded at Edmonton's Homestead Recorders. "The Peddler is an exciting opportunity for me to showcase several songs that I've written over the past few years that have a Celtic inspiration," Dunn wrote on her website. "I've always loved traditional Celtic music and it's been a joy to focus on those forms for this recording project." 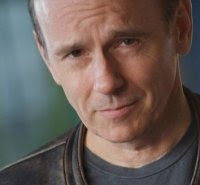 "I just heard that I have been nominated for a 2009 CFMA," wrote singer-songwriter Rob Heath (pictured left) on his official site. "I am very grateful...." That nomination is for English Songwriter of the Year, stemming from his fourth album One More Day Above Ground.

"This album at first blush may feel like a mixed bag," Heath said about his latest country-folk collection. "What connects these songs is that they are all stories."

Already a Canadian Radio Music Award winner, Heath has been writing music in this vein for many years now, signing on as a staff writer for Criterion/Atlantic Music, Glen Campbell Music, and Don Goodman Music. He was also honoured with the New Folk Songwriter Award from the Kerrville Folk Festival. At this year's CFMA Heath is up against Toronto's Jon Brooks, Montreal's Rob Lutes, Ottawa's William Hawkins, and Halifax's Susan Crowe.

And last, but certainly not least, is Wendy McNeill (pictured below right), who grew up with a schmorgesboard of musical influences, including Dolly Parton, ABBA, Velvet Underground, Tom Waits and The Cure. But McNeill's own music would garner no comparisons to any of these mainstream acts, which is perhaps why she has been nominated at this year's CFMA in the category for Pushing the Boundaries, for her 5th album A Dreamer's Guide to Hardcore Living. 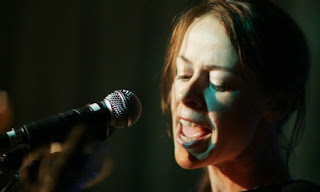 This former bartender got her first taste of success after winning a songwriting competition in the '90s, which led to her debut album To Whom It May Concern (1997). Known for embracing the accordion in her unique sound, McNeill has since made the folk festival circuit and has toured around the world, including Europe, Japan and Brazil. Along the way she's impressed countless critics, one of which couldn't help but praise McNeill as "an Edmonton musician whose sharp-edged songs with accordion and guitar seem like dispatches from a post rock cabaret" (The Globe & Mail's Robert Everett-Green).

So there you have it! Four local talents who will be up against this nation's best folk artists and musicians at the 2009 Canadian Folk Music Awards in Ottawa. The show will take place at the city's Dominion Chalmers Church on Saturday, November 21st. If you'd like to head down to the nation's capital to cheer on our local nominees, you can purchase a ticket ($45) by calling 613-730-2887 or 613-233-7626.
e
Canadian Folk Music Awards Edmonton Examiner George Koufogiannakis Homestead Records Maria Dunn Rob Heath Wendy McNeill