- November 11, 2009
At the age of 62, one of the city's most significant theatre arts promoters and aficionados passed away last week 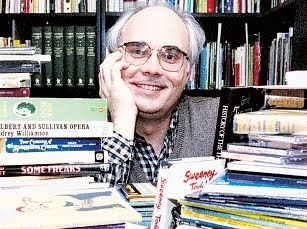 AN influential and vital member of the Edmonton theatre arts community, Tim Ryan passed away last Thursday (November 5) due to congestive heart failure complicated by the H1N1 virus. He was 62.

The visionary mentor, teacher, artist, husband and father has left a mark in our city's lively theatre scene, including as founder of the 30-year-old arts department at the Grant MacEwan University.

In 1979 Ryan, a graduate of the University of Dayton, moved his family to Edmonton from Cleveland, where he served the town's theatrical and operatic districts, and co-ran the Willoughby School of Fine Arts with then-wife Maralyn.

It was immediately upon his move to Alberta's capital that Ryan began developing a theatre arts program at what was then the Grant MacEwan Community College, specializing in the musical format.

Ryan's influence was noticeable right from the get-go, inspiring young actors and playwrights to blossom under his guidance.

In his first summer at MacEwan Ryan fostered a pair of well-received musical productions, in Pal Joey and A Funny Thing Happened on the Way to the Forum. This was his passion and it was very evident with everyone who worked with Ryan.

"I think Edmonton is left much the richer from Tim's legacy. He really brought to us a kind of theatre Edmonton was really kind of unaware of"
-playwright Ken Brown

"There was no bigger fan," said Alberta Opera Theatre director Farren Timoteo, in an interview with the Edmonton Journal. "No show was ever just a job with him. He was in love with it, and that showed in his direction. What I learned was that the best things would happen when you played. He'd be so full of giddy excitement."

That was the common experience for anyone who had the luxury of working with the theatre enthusiast. In fact, live theatre was such an indicative part of Ryan's everyday life that it became the family business of sorts. 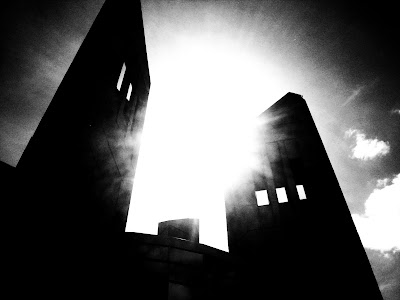 Daughters Kate and Bridget Ryan are both directors, playwrights and actors in the format, the latter of whom currently a co-host on CityTV's Breakfast Television morning program. And his widow, Laurie Fumagalli, is a lawyer by day and a pianist/musical director by night.

He worked closely with many inspired folks in Edmonton, including his own family, co-authoring the musical version of The Winter's Tale with Bridget. Another of his collaborators and students was Chris Wynters, who would go on to form local rock-folk band Captain Tractor. Wynters co-penned the musical Red Lips with Tim.

"The first thing is the energy of the man, to inspire," Wynters told the Journal. "I'm just one of many people who feel like that. Not a day goes by, in any of the things I do, that I haven't heard his voice in my head. I'm so lucky I got to work with him."

It was just earlier this year that Ryan accepted the ATCO Gas Award for Outstanding Lifetime Achievement for his three decades of shaping Edmonton's musical theatre society, one that has spawned local artists that have gone onto world-class productions around the globe. See the video below for more on his win.

According to his daughter Kate, Ryan's health had begun to deteriorate this past spring. At the end of October he was brought into the heart institute of the University of Alberta Hospital, where Ryan spent six days before he passed.