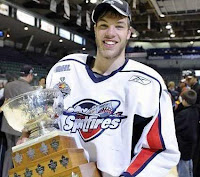 EDMONTONIANS are elated over tonight's news that the Oilers, who just finished the regular NHL season in last (or 30th) place, have secured first choice in the draft on June 25, to be held in Los Angeles.

"This is a huge day for the city of Edmonton and the franchise," remarked Oilers' GM Steve Tambellini. "We're in a rebuilding stage, and to get this pick is so important."

The team will have to choose from the cream of the crop, in OHL alum Taylor Hall (pictured top left) of the Windsor Spitfires, and Tyler Seguin (pictured below) of the Plymouth Whalers. Hall is an 18-year-old left winger from Kingston, Ontario, and Seguin, 18, is a centre who hails from Brampton, Ontario.

This was the first time that the Oilers have had first pick in the draft, and this opportunity could change our city's team in a big way!

The Boston Bruins will get second choice in the two-day draft, followed by Florida, Columbus, and the New York Islanders. 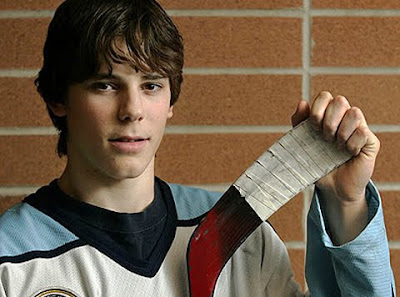