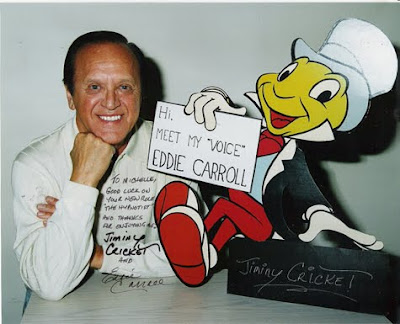 Carroll, who was born Eddie Eleniak, got his Hollywood start as a writer of Hanna-Barbera and competeing cartoon studios, co-penning episodes of The Amazing Chan and the Chan Clan (1972). Prior to that Carroll had worked in Canadian theatre and wrote for radio & TV, until he landed an NBC scholarship that took him to Los Angeles.

But to many he is known best for his Jack Benny impersonations, which was highlighted in his acclaimed one-man stage show Jack Benny: Laughter in Bloom.

Carroll died just one day before his 47th wedding anniversary.