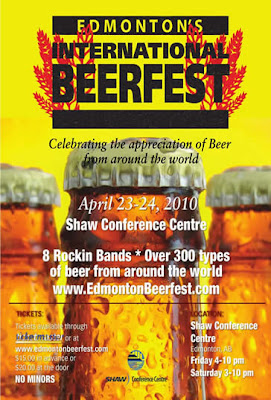 WITH the new downtown arena on everyone's minds, the Shaw Conference Centre quietly announced that it's looking to expand right down to the North Saskatchewan. The bold venture would double the current size of the 27-year-old Jasper Avenue staple, and may include a sloping boulevard of escalators and incline elevators, a riverside boardwalk, new food & beverage vendors, and even a dock that could possibly service river taxis. Last year alone the Shaw hosted 78 conventions that brought in $90 million, but also had to turn down 18 others because it couldn't meet the space requirements.

SPEAKING of the Shaw Conference Centre, it'll be dedicating more than 40,000 square feet of space to host Edmonton's International Beerfest on Friday, April 23 (4-10PM) and Saturday, April 24 (3-10PM). Bands like Sallys Krackers and Red Ram will be performing as patrons can taste any of more than 300 beers from around the world. Tickets for the event are $15 in advance or $20 at the door, and 4oz. beer sample tickets are just 50cents. No minors (780-421-9797).

JUST days after winning Entertainer of the Year at the Academy of Country Music Awards (April 18), Carrie Underwood announced she'll be playing Rexall Place this winter. The former American Idol winner will take her "Play On Tour" to Edmonton on Saturday, December 18, and has invited openers Billy Currington and Sons of Sylvia along. Tickets will go on sale this Saturday, April 24 at 10AM, and are available through Ticketmaster.

BECAUSE of a "miscommunication," the folks over at The Unknown Studio were left without a guest for "Episode the 22nd: The State of the Podcast." Hosts Scott C. Bourgeois and Adam Rozenhart filled the podcast with discussions of "the drama that's recently cropped up around the show," some future plans of The Unknown Studio, and who would win in a zombies vs. vampires battle. Listen to the "one-hour punchline" here. 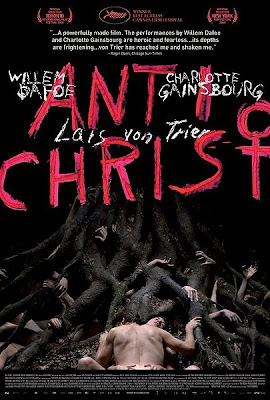 THE Edmonton Rush recently wrapped up their record-breaking regular season with a 10-6 record and a spot in the National Lacrosse League (NLL) playoffs. They played their last game on Saturday, April 17, beating the Washington Stealth 14-13 in Everett, Washington. The NLL playoffs kick off on April 30.

LEAVE it to the fine folks over at Avenue Magazine to let us know the latest shops, restaurants, cafes, and clubs that have popped up in our city. Fine wine and fondue are specialties at Canada's first Melting Pot restaurant & lounge franchise, which opened right here in Edmonton at 2920-Calgary Trail (780-465-4347). From the owners of Sherlock Holmes comes downtown's latest watering hole Moriarty's Bistro & Wine Bar, which is located at 10154-100 St. (780-757-2005). Corporate Chef Paul Shufelt compliments Edmonton's newest resto-lounge, the Century Room (3975-Calgary Trail), a 4,000-square foot nightclub & kitchen that uses fresh local ingredients.

SCI-FI nerds rejoice, because the force will be with you...soon! Star Wars: In Concert will come to Rexall Place on Friday, June 25 for two shows (2PM & 7PM), and tickets ($45-$85) are already on sale at Ticketmaster. The multimedia event will feature a giant LED screen showing scenes from all six Star Wars films, set to a live symphony orchesta playing John Williams' classic scores, as C-3PO actor Anthony Daniels narrates. The spectacle will also include an exhibit featuring costumes and props from the movies.

BOTH the Garneau and the Princess refused to play it, but the Metro (9828-101 A Ave.) isn't intimidated by Lars von Trier's controversial horror-drama film Antichrist (see trailer below). The 108-minute feature, which stars Willem Dafoe and Charlotte Gainsbourg, will be playing at the Metro April 22, 24-26 (7 & 9PM), April 30 & May 1-3 (9PM). "I would like to invite you for a tiny glimpse behind the curtain, a glimpse into the dark world of my imagination: into the nature of my fears, into the nature of Antichrist," said Trier, who has been criticized for the film's "misogyny" feel, and its violent sexual behavior. Antichrist premiered last year at the Cannes Film Festival, where it won for Best Actress (Gainsbourg).

Below is the official trailer for the movie Antichrist, which is currently playing at the Metro.