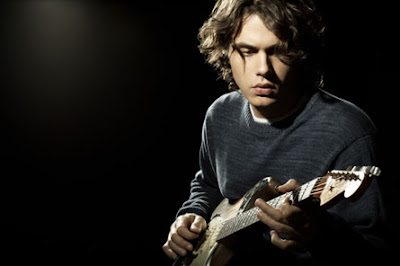 IT might've been the complimentary Bacardi & Jack's in the luxury suite. It could've been the luxury suite itself. Or perhaps it was that customary spliff I choked back before I left my Westend apartment for Rexall Place on the evening of Easter Sunday (April 4). Whatever the reasoning, the Northside arena played host that night to one of the most refreshing shows I've seen in years.

That's quite a shift from when I tolerated the overpraised Motley Crue back in January. In fact, due to a string of upsetting Rexall-induced experiences of late, I nearly backed out of the John Mayer concert that night. As it turns out, that would've been a big mistake.

I was a little surprised when my boss' wife answered my incessant knocking at the door to suite 114 at Rexall. It was 8PM and opening act Michael Franti & Spearhead had already took to the stage, so I had to use that tiny door knocker, trying to overtake the blaring sounds coming from the band. I wasn't expecting to see my boss--who owns the suite--at the show, but when life gives you lemons...you slice them up and garnish your free hooch with 'em!

For about an hour California-born Franti--who mentioned that he spent a year of his youth living in Edmonton--and his band Spearhead set the stage for a memorable night with their upbeat, energetic spectacle. This was my official introduction to the spirited group, and Franti certainly made a grand first impression, connecting with his audience like only few do.

At every opportunity Franti involved the crowd, persuading most to clap to the beat of drummer Manas Itene, raise their hands in the air, or even kiss whoever sat to their right and greet those to their life. I got a big wet smooch from the wife of a co-employee of mine. If it hadn't been for Franti's infectious showmanship, I might've minded.

At one point a barefoot Franti even rushed the audience--and I'm not just talking about the lucky bastards on the floor--to greet a fraction of the 8,000 concertgoers, before inviting about two dozen of them back to the stage, where they swayed and stomped to the finale of Franti's enthusiastic set. As he charmed through new-to-me songs like "Yes I Will" and "Say Hey (I Love You)," I, too, became a fan of this Franti guy. Check out his MySpace page and maybe you'll join the club.

After Franti pledged his routine thank-you's and goodbyes, there was a 30-minute intermission, during which time he posed for iPhone photos and signed T-shirt autographs for fans. Crews also used the time to outfit the stage for Mayer's set, which included a giant transparent, wrap-around curtain that lit up with projected images of Mayer and his band once the lights went down at around 9:30PM.

At that time the curtain rose and Mayer and his troupe of seasoned musicians erupted into "Heartbreak Warfare," the first single from Mayer's fourth and latest studio album Battle Studies. When he got through with a cover of Robert Johnson's "Crossroads" after that, I could tell Mayer's sound had evolved enough from contemporary pop-rock melodies to a bluesy atmosphere, heavy on the strings, that I would be bobbing my head rather than drowning in free booze to pass the time.

I've been a big Mayer fan ever since the release of 2006's Grammy-winning Continuum, one of the most-played discs amongst my rising stacks of CDs and vinyl. Luckily for us, Mayer did not neglect what Rolling Stone magazine heralded as "a smart, breezy album that deftly fuses his love for old-school blues and R&B with his natural gift for sharp melodies and well-constructed songs."

As Mayer polished off Continuum stand-outs like "Vultures," "I Don't Trust Myself (With Love You)" and "Waiting on the World to Change," it felt more like I was sipping on stiff high balls, tapping my feet under the table of some covert blues bar with no windows or pyrotechnicians, in the underground of a Muddy Waters-era Chicago. Ah, but again, that may have been the booze & pot kicking in. 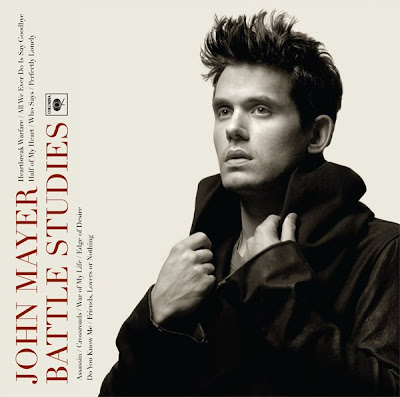 When the music's this good though, you tend to tune out the other 8,000 folks in the arena, but sometimes that's not always possible. Maybe I'm just getting old, but I'd like not to have to stand at every concert I attend, especially when I'd much rather sit.

I understand the concept at, let's say, an AC/DC show, or Jay-Z, or even Brad Paisley. But this was a no-glitz, mellow affair that is best appreciated from the comforts of our asses, to put it mildly. That's why I was so appeased when my boss hollered at the dickhead standing all alone in front of us, "Have a seat!" He quickly and quietly obliged.

Somewhere in the middle of the 90-minute show Mayer acquainted us with his touring band, which included drummer extraordinaire and Continuum producer Steve Jordan, who previously played with Stevie Wonder, Eric Clapton and Keith Richards. Mayer also humoured longtime fans with a medley of his early pop hits, in "No Such Thing," "My Stupid Mouth" and the '05 Song of the Year "Daughters," but--to the displeasure of many, I'm sure--left signature hit "Your Body Is a Wonderland" out of the setlist, alongside my own favourites "Stop This Train" (listen above) and "War of My Life."

Mayer collected applause for his scattered guitar solos, his stirring renditions of Bill Withers' "Ain't No Sunshine (When She's Gone)" and Fleetwood Mac's "Dreams," and his focus on Battle Studies, serenading us with album cuts like "Perfectly Lonely," "All We Ever Do Is Say Goodbye" and "Half of My Heart."

But when it came to the accustomed casual banter, Mayer forfeited his "stupid mouth" for relaxed chit-chat about finger gestures and his gratitude for our implicit support. This comes just two months after Playboy magazine published an interview with Mayer, in which he regrettably used the 'N'-word. He apologized immediately at his subsequent Nashville show, and vowed to "take a break from trying to be clever" (see video below).

Like he did during that Nashville concert, and all the others as part of his 2010 Winter Arena Tour, Mayer faked a so-long, only to return for the encore's "Who Says," another single from Battle Studies. The night ended with one more track from Continuum, "Gravity," a career-defining ode to "making sure you still love yourself."

The lights went back on, the seats emptied, and Rexall temporarily redeemed it's ability to play host to a night that'll be easy to remember for years to come.

For the complete setlist of the Mayer concert click here. In the video below, courtesy of YouTube, John Mayer apologizes for his recent "racial" remark in an interview with a magazine, during his concert in Nashville, Tennessee.