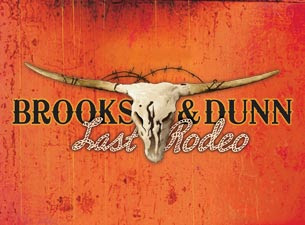 IT'S "Free Comic Book Day" across North America today (May 1), so put those Xbox remotes down and put on some pants people. "Canada's Best Comic Store" Happy Harbor Comics is among the participating stores offering complimentary comics "to celebrate the amazing world of comics in all of its forms!" There are three Happy Harbor locations in Edmonton, at 12226-Jasper Avenue, 180 Manning Crossing, and 10326-81 Ave. Happy reading Edmonton!

THEY'VE sold 30 million albums, scored 20 #1 hits, and have won dozens of major awards along the away, and now Brooks & Dunn are done! But before the world's most successful duo of all-time call it quits, B&D will bring their "Last Rodeo Tour" to Rexall Place this Wednesday (May 5), eight months after officially announcing their retirement. Georgia-born singer-songwriter Jason Aldean will open for B&D, and Ontario's Jason Blaine will sing for folks at the "Official B&D After-party" at the Cook County Saloon later that night.

SPEAKING of iconic pairs (no, not Dolly!), Simon & Garfunkel have postponed their Rexall show, which was supposed to take place tonight (May 1). Due to Art Garfunkel's apparent vocal strain the gig has been bumped up to Tuesday, July 6. For any fans who aren't able to make it to the rescheduled date, refunds are available at point of purchase. Music's most influential duo of all-time, behind such classics as "Mrs. Robinson," "Cecilia" and "The Boxer," had to postpone four other dates in Western Canada as well.

FOR anyone who's been following the new downtown arena debate, or for those who have no idea what I'm talking about, you're prime to take in the Katz Group-hosted open house at the Art Gallery of Alberta this coming Thursday (May 6), from 11AM to 8PM. The open house will include new conceptual drawings of the proposed arena district, but don't expect any information on how the project will be funded. There will also be representatives from the Katz Group, Stantec Consulting, and arena consultants AEG on hand to answer any questions you might have. Just don't bring up any budget talk!

THE Edmonton Capitals are searching for a dozen boys and girls to fill positions as batboys and batgirls for this upcoming season. The GBL (Golden Baseball League) team host open tryouts as part of the 2nd annual "Capitals Open House" today (May 1) at Telus Field, from 10AM to 5PM. It also includes a free BBQ (11:30AM-2PM), a "select-a-seat" opportunity for potential season ticket holders, and the first-ever "Media All-Star Game" (4PM), which will include Kevin Karius (Global), Jake Ryan (The Bounce), Dan Tencer (630 CHED), and others. The Capitals' first game will be in Arizona on May 19, against the Tucson Toros.

THE Avenue Theatre (9030-118 Ave.) are inviting all ages to its "Funky vs. Fresh" concert next Friday (May 7), from 7-11PM. "No Drugs, No Booze, No Jerks" reads the poster (which means I'm not welcome!) for the event, which will feature a friendly musical battle between local hip-hop acts (The Joe, Jonek) and hometown jazz-funk artists (Ray Mailman, Tiff Hall, The Consonance), who will keep you entertained for just $10 at the door. I Heart Edmonton will be there, despite the "No Jerks" rule.

RICHARD Lee, Gerry Morita, Danica Smith, Katrina Smy and Eryn Tempest will dance the nights away during Mile Zero Dance's presentation of "Knowledge Box," their spring production that'll busy up the L'UniTheatre (8527-91 St.) from Thursday, May 20 to Saturday, May 22 (8PM nightly). Hailed as "an intriguing collaboration exploring the bizarre world of characters inspired by modern American Gothic artist and writer Edward Gorey," "Knowledge Box" will set you back $25 ($20 for MZD members), and tickets are available at Tix on the Square (780-420-1757). 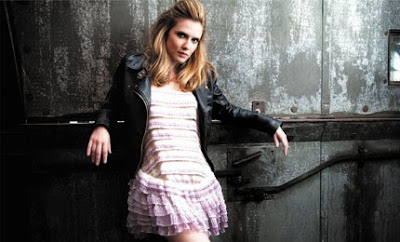 THE 58-year-old Edmonton Youth Orchestra (EYO) will give their final concert of the 2009/2010 season this Sunday (May 2) (2PM) at Enmax Hall in the Winspear Theatre. The show will feature solo performances by soprano Kendra Connor, and pianists Sarah Xue and Peter Krejcar, all winners of the EYO's Concerto Competition. Tickets are available through Tix on the Square (780-420-1757).

OUR good friend Mack Male reminded I Heart that the city of Edmonton has kicked off its annual Capital City Clean Up (CCCU) "15 to Clean Challenge," which challenges all citizens to take a 15-minute break from their daily routine to help pick up litter in your neighbourhood, or call 311 to report any graffiti. We kinda dropped the ball on promoting this program, which ignited back on April 25, but comes to an end this Sunday (May 2). But that doesn't mean we should stop cleaning up when it wraps up.

HI-BALLS, domestic beer and Jager will be just $3.75 all night at On the Rocks (11730-Jasper Ave.) this Sunday (May 2), during the latest installment of Seven Strings Sundays (8PM). Cody Nouta's Funeral will headline the show, which will also include Darryl Matthews and Ryan Brennan. Cover is $5, so now you have no excuse not to show up.

NEWFOUNDLAND-born, but more importantly, Sherwood Park-raised actress Sara Canning (The Vampire Diaries) (pictured above left) is May's cover girl for Avenue Edmonton magazine. The article, by Fawnda Mithrush, tells us about the 22-year-old TV star's time at the Citadel and the U of A, before hitting it big south of the border. The May issue is available now...and it's free!