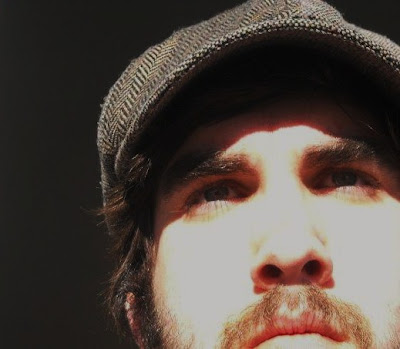 "MOVING into our first night in the 'real world' my stomach growls a fierce anticipation for my next meal. I'm warm enough to survive the night, but not full enough to lose my thoughts to achieve a few hours of sleep. This is our first night together and as strangers to these streets we all face a certain uncertainty."

Sounds like the rouse of a fictive novel, or perhaps the memoirs of a jilted past. Nope, it's actually the first entry of a young man's blog, recalling his accounts of spending five days in the life of a homeless person. And that young man is one Colin Close, an Edmonton, by-way-of Whitehorse, singer and songwriter, musician and humanitarian in the making.

But Close, 23, is modest about his spare time contributions.

"I haven't done much in terms of established volunteering. I did some through school, college, and now in university, but what is volunteering, really?" asks Close, who also shaved his mane for Chrome'd for Cancer a couple years back. "It's giving another person a chunk of your time and not asking for anything in return. We're all volunteers in one way or another, I guess, and that's pretty far out."

But if you know of Close, then it's most likely because of the music he makes on his acoustic guitar, which he switched to after teaching himself to play bass. Close had no intentions of becoming a singer, until a friend encouraged him to sing one of his poems over the P.A. system in his garage. "I've been telling my stories ever since."

When I Heart inquired about who or what influenced his folksy style, Close refused to credit any individuals, but rather admitted that "everything influences me, I guess."

He continued, "I'm a very impressionable person, and if something happens and it comes out when I'm picking away at my guitar or scratching down a couple words in my journal, then well, I guess it's too late. I don't really get to pick and choose what influences me. And I wouldn't have it any other way. I would miss out on too many stories to hear and tell." 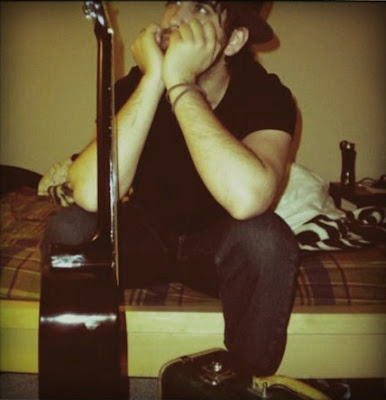 He's been telling these stories since he was 13, when Close picked up that guitar for the first time. Over the next five years the "fifth generation Irish-Canadian-Yukoner" polished his string savvy and transferred his poetic lyricism into melodies.

When he was 18, Close "decided to jump on a Greyhound bus with my guitar and a bag full of clothes, and just see where life took me." That bus took him all the way to Edmonton, where the aspiring singer, songwriter and "shameless hat wearer" went to school by day, and took to open mic stages at night.

Aside from a pair of summers back home and an 8-month stint in Saskatoon, Close has been here ever since, and is currently working on his debut disc, Live from the Living Room.

You can hear some of its pieces by checking out his MySpace page, or live when Close plays The Glenora Bistro on August 6.

Close recently answered some questions for I Heart Edmonton, about his music, our city, and...rooming with Robin Williams! Let's spend a few minutes with Colin Close.

First things first, tell us who Colin Close is in three words or less. "Man, I don't know. My parents made me, they might know? I guess I'm just 'Colin Close,' no more, no less."

As a musician and a listener, why is music important to you? "Music has introduced me to some of my favourite people. And [it] has continued to surprise me every time I go out to see an act I've never seen play before, or open for an artist that I've never heard of, or met before."

What was the first album you remember buying? "The first record I ever owned, I owned vicariously through my parents: 'Morrison Hotel' by The Doors. I enjoyed it in the privacy of our home's crawl space on a record player that had no speakers; I had to hold my ear to the needle to listen to that record. I think I was five years old at that time. After that, my folks found out what I had been up to and hooked up the speakers so I could enjoy the full experience. After The Doors, it was Eric Clapton, The Beatles, and the world of music opened up my world after that, I guess."

Can you list your three favourite songs of all-time? "Picking three songs out of an entire world of music is like picking out three blades of grass from the fields of Woodstock. When it all comes down to it, the three songs that inspired, created, and eventually shaped my identity as a musician are probably:

The Doors' "The Spy" (Elektra)


These songs showed me that I could tell a story, and be completely open and honest with the world because the worst that could really come out of it was that they wouldn't stay around to listen to the rest of it. But I can't even say that those three songs alone are the ones that did it all. They are just a handful that sort of stand out. I'm a big Johnny Cash fan. Secretly I'm a bigger June Carter fan; she just had that fun, rough, playful voice. She probably would have been a great friend to have."

Name a famous person you'd love to roommate with (& why)? "That's tough, man. Most famous people kind of scare me; well, people in general kind of scare me. But if I had to, I'd probably live with Robin Williams. He seems like he'd be fun to live with, he's so many different people. It could really be like living with every famous person, without having a huge house full of people." 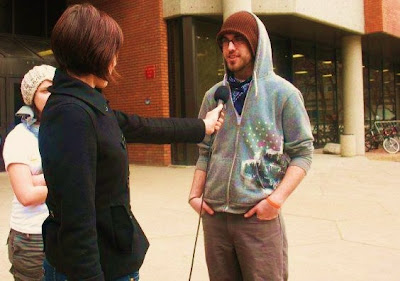 Why is it important to you to volunteer? "Volunteering is a great gig. I did Five Days for the Homeless a few years back and raised a ton of money for Youth Emergency Shelter Society. They're a great group, and they help a ton of great kids here in town. Those guys down there are the real heroes; they change lives just by giving these kids the basic support and understanding that anyone could really be doing in small ways every day."

What is one thing about Edmonton that you think stands out from other Canadian cities? "Edmonton, well it's got a huge inner city park. I heard recently that it's one of the biggest inner city parks in the world, if not the biggest. That's pretty far out. I live downtown and enjoy the river valley view. It's a pretty cool city; lots of real great people."

If there was one thing you could do to improve Edmonton, what would it be? "Well, there are already a ton of great music venues. It would be cool to see some improvements to the transit systems, but they are a work in progress. And it would be great to see the eastern portion of Jasper Ave. get cleaned up a bit more. The things that I would change about Edmonton, though, are the same things that just need to change as a whole in the world, really. People need to start respecting each other more and taking more pride in where they live. One day, I guess."

Whyte Ave. or Jasper Ave.? "I love Jasper Ave. It's just more real to me, and I can relate a lot more to this Avenue as compared to Whyte Ave. Not that Whyte doesn't have some really great shops and a handful of really hip kids, I just find that I can see the beauty of the river valley off of Jasper. So long story short, Jasper Ave.!!! (Sorry, Emil made me choose...)."

Where would you like to see yourself 10 years from now? "Playing my guitar and telling my stories to whoever is around and willing to listen for a couple minutes. As far as location, who knows, I've never been one to think too far ahead. I think 24 hours at a time, it keeps me grounded, but still spontaneous."

Thanks, Colin!
e
A Few Minutes with... Chrome'd for Cancer Colin Close Five Days for the Homeless The Doors The Glenora Bistro