- May 04, 2010
Even if you aren't exactly sure which way you swing, this downtown nightclub welcomes you, and anyone else to come out and play!

MY club days are long behind me, and although I had a hell of a ride during those late teens and early twenties, good riddance I say.

Good riddance to spending $20 bills quicker than I care to remember, and to waiting for cabs in 20-below snowfalls at three in the morning. Good riddance to hangovers, toilet diving, and professing things I wish I hadn't. And good riddance to stressing over what everyone else in the bar thinks about you...especially once the toxins have encouraged you to take to the dance floor.

But last Sunday (May 2) was my good friend Amanda's birthday, and so I knew I'd be spending the night before chugging hiballs on some crowded dance floor to celebrate the occasion.

I braved the porcelain hugging, the nonchalant cash dispencing, and exaggerating compliments while under the unfluence that night, but knew that I wouldn't have to worry 'bout partying patrons judging me or my liquored-up cohorts.

That's because we were at Play Nightclub, where it doesn't matter if you're gay, lesbian, straight, bisexual, transexual, pansexual, unsexual, transgendered, two-spirited, inter-sexed, curious, a crossdresser, Anne Heche, or whatever Lady Gaga is. You're all welcomed with open arms...and open minds.

In fact, it even says so right on the club's Facebook page: "We are not just a 'gay' bar. We are a community minded business and meeting place where everyone IS and SHOULD feel welcome...we just want you to be yourself, and have a blast!" Good motto.

It's been that way since Play first opened its doors on September 19, 2008, along the boardwalk in downtown Edmonton. It was the city's first new queer nightclub in nearly a decade, taking up residence in a region already graced with like-oriented spots in Boots, Buddy's, Woodys, and Canada's only lesbian bar Prism.

Hailed by Mayor Stephen Mandel as "a model nightclub," Play prides itself on its alliances with various local charities and organizations, gay and straight, and strives to only expand their work in the community. But in addition to its generous spirit, Play "sets a new standard for style and sophistication, and introduces a modern music mix to the Edmonton scene." 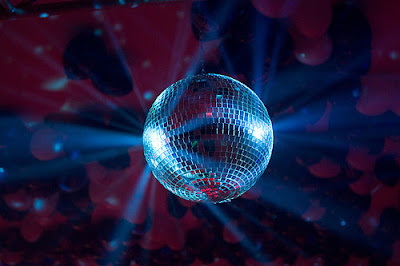 That brings us back to Saturday night.

As is usual when I unusually go out to the bar, I got my pre-drink on back at home, sipping uncautiously on Bacardi white & dark. My desktop playlist included songs you'd hear on Top 40 radio, to get myself in the mood, I guess. Don't lie, you do it, too!

I got a ride to the club and arrived to no line-ups, even though it was already coming up to 11PM. The security guy patted me down for weapons, but he might've just been flirting with me. Either way, I paid my $5 cover and $2 coat check fees, and gave myself a tour of the club, which lies underneath Centre High, across from the west end of the City Centre mall.

It was kinda dead at this point, compared to the one other time I had been there, and considering what time it was on a spring Saturday night. But after about an hour we'd endeavour to reach the cluttered dance floor before the song ended.

I noticed young and old, black and white (yellow and brown), gay and straight clubbers enjoying themselves at every turn. There were no double takes from folks bashful over seeing same-sex seduction on the dance floor. No fist fights in the bathroom. No name-calling at every inavoidable shove, or over-stroked egos making everyone uncomfortable. Just acceptance.

Even the bartenders were a refreshing step-up from many of the clubs I've been to over the years, where the service and accompanying attitudes can easily disrupt an otherwise good night. That included the waiter dude in his briefs--just his briefs--who was more polite than anything. I think he was cold, too, because his...ahh...nevermind!

And don't expect some stereotypical gay scene ambience with hairy-chested bikers in leather & chains, or rainbow-themed wall paper or something. Play comes off more as a cosy, dark hideaway nestled in an area of the downtown that lacks the steady foot traffic in the late evening hours. Almost a secret to the distant night-time patronage of Jasper Avenue, but not because it's embarrassed or ashamed of itself, or those who make it what it is. But rather, perhaps, because it doesn't give a shit.

Near closing time the birthday girl and her posse left Play and headed home for a lil' more playtime. It was a memorable night to say the least, full of friendly strangers, strange friends, and dance floor innuendo. And despite the occasional drag queen and lady in a tie, the real noticeable difference from Play, and those "non-gay" joints was all the beautiful people having nothing but a good time.