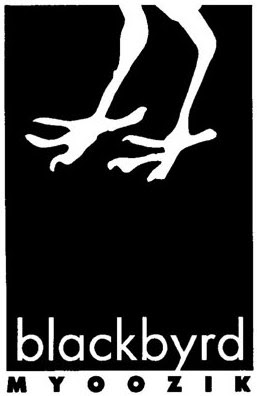 ASK anyone in my family or any of my close friends and they'll tell you that music is one of my most preferred past times. So, places like Blackbyrd Myoozik in Old Strathcona are welcoming retreats for folks such as myself when we want to disconnect ourselves from the rest of our net-addicted, TV-hooked, texting civilization for just a moment or two.

I finally recieved my record player--as in vinyl for all you iPodders--this past Christmas, and so I was excited to check out one of various Whyte Ave. spots that specialize in selections of this retro format, one that isn't without its charm.

Last week I trekked the 30 minutes to the Old Strathcona district and headed right for the Blackbyrd on Whyte & 104th. I had been there a couple of times prior, but this was the first time I had come to specifically sift through their accommodating collection of new and used LPs.

The upper crusts of their walls were aligned with these thin, double-wide shelves that were meant to house records and nothing else, nearly circling the whole shop with presentations of vinyl from both icons and newcomers of all musical genres.

I saw Johnny Cash and N.W.A., Norah Jones and Daft Punk, Nirvana and Lady Gaga, all sharing categorized cubbies with each other. But there was also an ample assortment of CDs to choose from, including indie and local bands, national and international singers, and many other acts I had never even heard of.

But Blackbyrd is known more for just their stock of CDs and records. In fact, the last time I had been to Blackbyrd was to purchase a ticket for last November's Jeff Stuart & the Hearts CD release party at the nearby Pawn Shop.

The Blackbyrd is also a non-exclusive ticket vendor for some of the smaller music venues in Edmonton, including the Starlite Room, the Haven Social Club, the Brixx Bar & Grill, McDougall United Church, and the Edmonton Event Centre. And all tickets are reasonably priced, currently ranging from just $11 (for Romi Mayes) to $39 (for Arch Enemy).

Recognized as "Edmonton's leading retailer of import and important music," Blackbyrd also accepts your second-hand music for either cash or in-store credit. But they recommend that you call ahead if you're trying to unload a larger amount of your discs or vinyl. 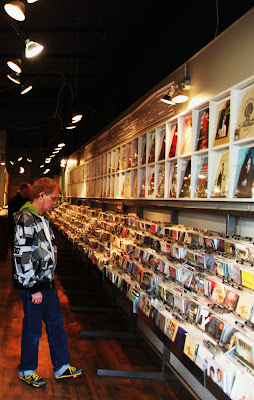 In case you're actually curious, I did walk outta there with my first new LP ever, as opposed to all the used ones I've bought at flea markets and thrift stores over the years. And even though I already had Kings of Leon's Only by the Night ($29.99) on disc, as well as a digital copy, it was that aforementioned charm that vinyl offers that sold me.

I'm fascinated by the amplified artwork, the look, feel & even the smell of the actual record itself, and that sound of the needle first meeting the slim spiral grooves of the 12-inch discs. It brings me back to when I used to listen to old-school country records in my uncle's basement, lounging to the sounds of Johnny Horton, Tanya Tucker and the Nitty Gritty Dirt Band.

And I'm not alone in this resurgence of vinyl either. Not by any means! In 2008 sales of records were up a ridiculous 90% from the year before, and by the middle of last year they were up again by 50%. That represented U.S. sales of 1.9 million in '08.

And although it's really only a fraction of overall album sales, it's not bad for a format that was all but written off. Afterall, you don't see cassette tapes--which were introduced decades after vinyl and have almost completely disappeared from music stores--making any sorta dent in the delapitated music industry. And don't even get me started on the cassette's bulky, older cousin the 8-track!

Many of today's top acts are offering not only compact disc and digital versions of their latest albums, but also the vinyl alternative. I noticed LP forms of new albums by Jay-Z, Lily Allen, Corb Lund, AC/DC, and of course Kings of Leon. The latter's even included a brand new bonus track ("Frontier City") not available on CD.

I noticed a collage of concert posters on the wall behind the counter as I paid for Only by the Night. With that in mind, and a quick glance at a collection of music not soon to be mimicked by any HMV, I knew I'd be back to Blackbyrd soon.

*There were actually only nine albums listed.