Sprucing Up the Subway System

- March 06, 2010
Downtown's underground stations may become the destinations themselves one day! 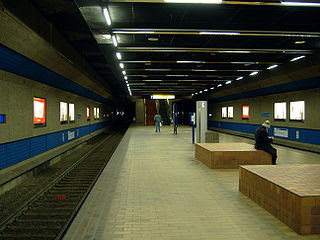 THERE aren't many sectors in Edmonton that could use a retooling more than the space underneath us. I'm talking about the subway system in the downtown vicinity, of course, where tens of thousands of Edmontonians merge on a daily basis. 74,400 to be exact.

So why is it that such a common ground, or underground in this case, remains vacant of the hustle 'n' bustle that goes on just feet above? It seems that others have finally taken notice, too, according to recent news that the Downtown Business Association (DBA) is looking into making some substantial changes to our underground LRT stations.

The dominant alteration would be the addition of actual business in the pedways and hallways of the LRT system, such as coffee shops and newsstands. There are apparently ten spots set aside for these types of merchants.

"Today and for the last 30 years I would say it's been very sterile," said Jim Taylor, executive director of the DBA. "Those drywall, beige walls have been there since the '70s, since this was built, and I bet you most of the people you'd interview down there wouldn't know that behind those walls are all of these big rooms that could be used for all kinds of things." 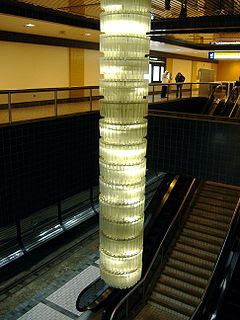 There are also talks of sprucing up the brick and concrete spaces where the sun don't shine, by masking the dim and dull setting with art!

Vendors could easily flourish in this underworld of activity, and I'm sure brands like Tim Hortons and Second Cup would jump at the chance to accomodate the growing number of daily ridership, which increased in 2009 by about 21,000 folks from '08.

These proposals for the 32-year-old route couldn't have come at a better time either, as last April Edmonton cut the ribbons for two new stations, South Campus and McKernan/ Belgravia. But there are also more stops currently under construction, and others still in the planning stages, which means that, feasibly, more and more Edmontonians would commute through the downtown region.

"The first opportunity is that it's virgin territory, and there's nothing there, so you could have anything you want," added Taylor. "It's a good time to think outside the box."

Below is a video featuring the current state of our underground LRT stations.