IT may not seem like a big deal to most of us, but it could mean a lot for Commonwealth Stadium, Edmonton's largest sports and entertainment venue. I'm, of course, referring to the overhaul of the football arena's greenery, as the Edmonton Eskimos Football Club and the City of Edmonton have come together in a joint decision to turf the turf. 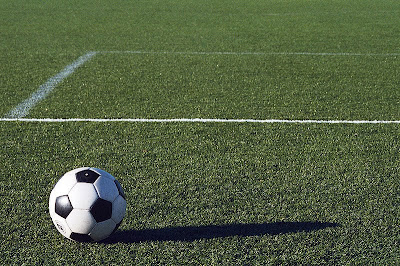 "We both the the city and the Eskimos believe the time has come to make this change," said community services general manager Linda Cochrane, who is in support of replacing the stadium's grass with a state-of-the-art imitation lawn (pictured left). "This is the latest in artificial turf. It is of the same genre as what we have at Clarke Stadium and what we have had so much success with."

Last Wednesday (March 10) City Council voted unanimously to split the $2.6 million price tag of removing the old and installing the new turf with the Eskimo franchise. The move is expected to save Commonwealth $80,000 in maintenance costs annually, and should last upwards of ten years. Any savings would go directly into the venue's reserve fund.

But, in addition to saving maintenance cash yearly, the new turf also allows the potential for generating further revenue, as in additional concerts and other events. This is mostly due to the reduced time it would take to return the field back to football conditions following a concert.

Last year AC/DC and Kenny Chesney headlined concerts at Commonwealth (separately, of course), and this summer will see shows for U2 (June 23) and Bon Jovi (July 15). More importantly, the 32-year-old Commonwealth (pictured below) will also host the 98th annual Grey Cup on November 28. The artificial playing field is expected to be completed by then.

And that's more than fine for the players who'll get to test drive the turf later this year. According to the city the new green will "provide a safer, higher quality field for players and reduce injuries," as well as "increase the playability of the field in the shoulder seasons and during inclement weather."

Another benefit would be the accessability of the neighbouring Clarke Stadium, where the Eskimos currently hold their practices. With the new turf the team could practice at Commonwealth instead, allowing more community and amateur sport activity time at Clarke, which already provides artificial grass.

"Sure there will be some disappointed fans--there has been a long history of grass at Commonwealth," commented Rick LeLacheur, Edmonton Eskimos CEO. "But it has been there for 33 years and it is pretty compacted. You just have to ask our equipment manager...that grass gets harder than rock sometimes."

Edmontonians are surprisingly vocal about this whole "issue," which, for the most part, really shouldn't even concern anyone who doesn't actually play on the field itself. I'm sure nobody in the stands is going to be able to tell the difference, aside from its actual appearance. But that's a good thing if it means no more browning patches or exposed soil. As for our tax monies going into this project, in the long run the city may easily make back the $1.3 million it's divvying up, and thensome, as in increased potential of concerts, sports games, and other events.

There are plenty of other cities throughout North America and around the world debating real vs. fake, including Toronto, which decided to install actual grass at the BMO Field last year. New York's Red Bull Arena, which opens next weekend, will also settle for the real deal rather than imitation. 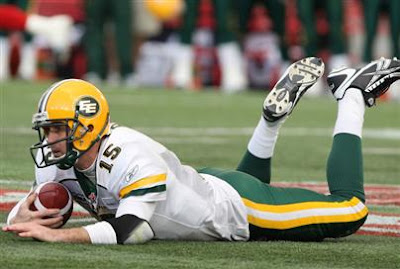 Die-hard Portland soccer fans were also disappointed to hear that a $31 million reno of that city's PGE Park would include artificial grass. "We're going to have days where we play soccer right after football games, and on a rainy day, the field would be utterly destroyed," claimed Portland Timbers' owner Merritt Paulson.

It's also been an ongoing controversy across the UK, where earlier styles of man-made surfaces were banned by the English Football Association in 1988, because these synthetic fields were prone to cause more injuries than on grass fields. In addition these unforgiving Astro turfs were considered to be aesthetically unpleasing to many sports fans.

By the '90s many soccer clubs across North America had chosen to re-install grass in preference to the fake stuff, which was ultimately banned from FIFA, UEFA, and other sports organizations. That is until substantial upgrades were made to artificial playing surfaces by the following decade, when football and soccer arenas around the globe decided that these new developments outweighed the benefits of old-school grass fields.

As of now there are about 130 stadiums worldwide that use an artificial turf that has recieved a Recommended 2-Star rating from FIFA, though the technology is also spreading across other sports venues as well, such as baseball and field hockey.

As for Commonwealth patrons, only time will tell whether we either blindly accept the supposed upgrades, learn to live with the new playing field, or continue protesting progressive change for the sake of keeping it real.
e
artificial turf Bon Jovi Clarke Stadium Commonwealth Stadium Edmonton Eskimos FIFA Linda Cochrane Rick LeLacheur U2