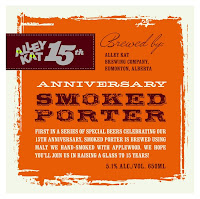 -I HEART Edmonton wants to wish a happy birthday to the city's oldest microbrewery, Alley Kat, which turned 15-years-old this month. Those teen years can really be a bitch! "We originally provided beer to customers in Edmonton, literally delivering from the back of an old pick-up truck," remembered co-owner Lavonne Herbst. "Fifteen years later we're selling beers throughout Alberta, expanding to South Korea, and exploring the Ontario market. Oh, and the pick-up truck is gone." In celebration Alley Kat is launching a series of "15th Anniversary" beers that will be limited to just 250 cases, starting with a smoked porter, then a Belgian-styled tripel and a real ginger ale. The award-winning Alley Kat Brewing Company was started in 1995 by Edmonton's Neil & Lavonne Herbst. 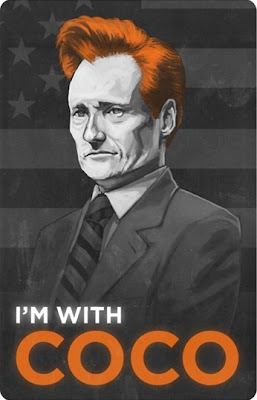 -U OF A grad and former Smithsonian intern Carolyn Jervis was recently named the new Writer In Residence for Latitude 53, a contemporary art gallery in downtown Edmonton. The project will have Jervis submit blog entries at least three times a month, about the gallery's programming, the community, and more. "My sincere hope is that this project is one you can be excited about too," Jervis wrote in her first blog entry. "I want to know what I can do to inspire your participation." Jervis will remain with Latitude 53 for the next six months.

-FOR all you ESO fans, you might wanna check out the brand new, recently-launched, more-informative website for the Francis Winspear Centre for Music, now in its 13th year of operation. The site is a joint endeavour with the Edmonton Symphony Orchestra, which has an almost identical sister site that you can click onto from atop the Winspear's page, and vice versa. Besides the ESO, some of the other scheduled concerts for the Winspear include Sandi Patty (April 13), Los Lonely Boys (April 23), Lara St. John (May 1), Ron White (May 7), and Henry Rollins (May 21).

-THE Advertising Club of Edmonton recently announced the winners of the 2009 ACE Awards, celebrating the best in our city's advertising professionals. There were dozens of awards handed out during the 32nd annual event on Saturday, March 6. For a complete list of winners click here.

-AND last, but certainly not least, late night comedian Conan O'Brien is coming to Edmonton! Well, technically the 6'4" Emmy winner will hit up the River Cree Casino's The Venue on the Enoch Reservation, just outside of west Edmonton. But still! O'Brien recently recieved a $45 million payout deal from NBC when he was "asked" to leave The Tonight Show after less than eight months, so that former host Jay Leno could return to the iconic late night program. O'Brien, Andy Richter and the Max Weinberg Seven will appear at the River Cree on Saturday, April 17 (8PM), and tickets are going for $89-$129 at Ticketmaster.
e
101.7 World FM ACE Awards Alley Kat Carolyn Jervis Conan O'Brien ESO Latitude 53 Localities River Cree Casino Sonic 102.9 Stereos Upcoming Concerts Winspear Centre