- September 26, 2009
California-based architect Randall Stout hits up the Winspear to let Edmontonians in on his bold design for the Art Gallery of Alberta 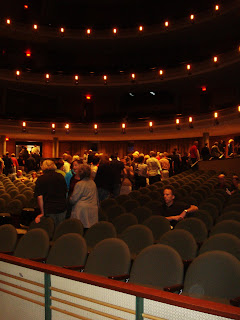 "KNOWN for its evocative design aesthetic, Randall Stout Architects consistantly challenges architectural conventions, while transforming light, shadow, form and material into dynamic architecture," reads the headline for the official website of Stout (pictured bottom right) and his work. I tell you this because Mr. Stout himself recently spoke to a full crowd of Edmontonians at the Winspear Centre's ENMAX Hall (pictured right), about his design for the new Art Gallery of Alberta (pictured below left).

Stout's 90-minute lecture was set for 2:00PM last Saturday (September 19), but was about 10 minutes late in order to afford a seemingly sold-out auditorium take to their seats. A buddy and I arrived early, neglecting to spend $45 on the hardcover book of Stout's past resumè, which they sold at the same table we purchased our tickets ($10) at.

This marked my first entrance into the Francis Winspear Centre for Music, which opened its doors in September 1997 at downtown's Churchill Square. The performing arts venue, named after local philanthropist Dr. Francis G. Winspear, was built for $36 million on land that was leased to the Edmonton Concert Hall Foundation for 90 years, at just one loonie per year! Nearly 2,000 people can squeeze into the hall, which includes the $3 million Davis Concert Organ, the largest in the country at "96 stops, 122 ranks, and 6,551 pipes."

Anyways, back to Stout, a renowned Tennessee-born architect who is now based out of Los Angeles, where he heads his own architecture firm. Prior to spending the last few years dedicated to revitalizing the Art Gallery of Alberta, Stout has erected stunning projects in Germany (Stadtwerke Buckeburg), Virginia (Taubman Museum of Art) and his home state of Tennessee (Hunter Museum of American Art), etc.

"...We will soon be able to bask in the glory of a new era for Edmonton's arts community, one that will surely mean greater things for a city starving for outlandish ventures."

Stout, a silver-haired, shorter-than-I-imagined architect with a Southern accent, spoke to us from the left side of the Winspear stage, with a giant screen hung from the ceiling in the center of the platform. He gave us his abbreviated life story and admitted he somtimes moonlights as an impassioned photog, showing off some of his own snapshots that helped influence his unconventional design of the 85-year-old AGA. 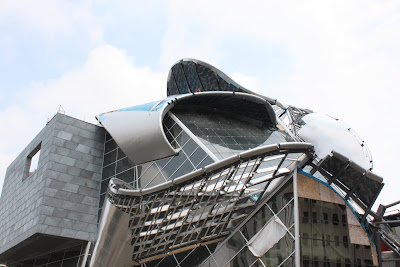 Raised on a tobacco farm in Tennessee, Stout has come to embrace the steady comparisons of his art to that of fellow alternative, L.A.-based architect Frank Gehry, who was actually born in Toronto. In fact, some critics have claimed that the Aurora Borealis-themed composition of the new AGA is a direct "knock-off" of Gehry's portfolio.

But such accusations due bare some merit, because Stout spent more than seven years working in the offices of Gehry's own architecture firm. "I will say there are things I do very differently in terms of process, and there are language differences," Stout said in an interview with the Edmonton Journal. "I do not believe Frank has done anything like the singularity of the borealis, where all the pieces pull together as a single-fluid surface. Clearly there are influences but there are also differences."

In addition to telling us of his influences behind the new AGA design--which includes the Northern Lights, the River Valley, and the Churchill area itself--Stout premiered some interior photos that allowed the public's first glimpses of what can easily be considered as the city's boldest structure to date. In fact, it is this building's eccentric and wayward curves and loops that may act as the fuel to ignite future local projects that go beyond the norm, bending prototypes and expanding ideals of architecture in a town, and province for that matter, that has intentionally steered clear of pieces such as this. The new AGA is, hopefully, just the beginning. 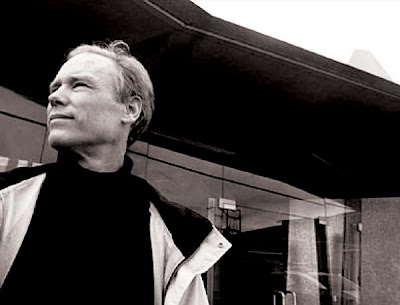 For that hour and a half Stout also spoke of the technologies behind the AGA, the season-to-season fluctuations, and the many composites that were tossed to the side before the final draft saw construction, before the AGA's Deputy Director & Chief Curator Catherine Crowston allowed the audience to ask Stout any questions they might have. The architect obliged with lengthy replies, until Crowston took to the stage again to conclude the speaking engagement, reminding folks that any further questions could be directed to Stout during his book signing shortly after the lecture.

The organizers of the event and the AGA itself also proudly and excitedly announced that a grand opening date had finally been reached, welcoming us to the opening gala on Sunday, January 31, 2010, some five years after the AGA launched the competition to find a new vision for the art house. With that vision nearing completion, we will soon be able to bask in the glory of a new era for Edmonton's arts community, one that will surely mean greater things for a city starving for outlandish ventures. On behalf of our grand city, I'd like to thank Mr. Stout for his vast contribution that will--knock on wood--ripple into something Edmontonians never could've imagined. I can't wait!
e
Art Gallery of Alberta Churchill Square EDitorial Frank Gehry Randall Stout Winspear Centre