- September 14, 2009
With Capital Ex, the Fringe and Folk Fest all behind us, Edmonton settles in for its 23rd annual International Film Festival

Needless to say--but let's say it anyways--the Edmonton International Film Festival is just an infant dipping its toes in the big boys' pool when it comes to global film fests, but that doesn't mean that our humble event can't offer up some intriguing, inspiring and popcorn-worthy movies that may easily be just as good as anything screening at Cannes or Sundance. 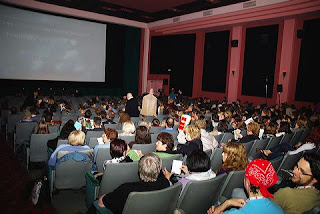 "We strive to uncover cinematic gems and celebrate unique voices in movie-making such as directors, writers and producers," claims the EIFF on their official website as part of their "Mission & Objective" statement. "[We're] about films and the people who make them." Well said.

The commended fest, which runs this year from September 25th (Friday) to October 3rd (Saturday), inaugurated in 1986 as the 3-day "Local Heroes" affair, running its course each March until switching to the fall in '04, when the festival was expanded (to the current 9-day format) and renamed. Over those years the event has welcomed the likes of Norman Jewison, Arthur Hiller, Werner Herzog, John Waters, Deepa Mehta, Don McKellar and Jorgen Leth.

Now in its 23rd year, the annual EIFF will screen some 50 feature-length films and about 100 shorts over the 9-day extravaganza, at the newly-renovated Empire Theatres of the Edmonton City Centre downtown mall. In addition to the actual event, on the 17th and 18th of September, the EIFF will offer up free outdoor screenings of a couple family-friendly films from festivals past. Christened "Twin Peeks," the 2-day free pre-fest films will be projected on a 3-story inflatable screen at Sir Winston Churchill Square, at 8PM. Thurday's feature is the Oscar-nominated documentary Man on Wire, while Friday will host Edmonton-born Anne Wheeler's Alberta-shot Bye Bye Blues. Bring your own chairs for the show.

There are simply too many films that will run during the festival to list here, so I Heart recommends that you check out the official EIFF website, where you can read about the projects and rate them once you've actually seen them. As for tickets, which you can purchase* at TIX on the Square (9930-102 ave./ 780-420-1757), there are various packages to choose from: 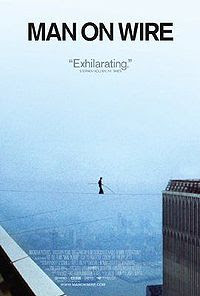 *No advance sales (tickets can be purchased 30 minutes before showtimes)

So there you have it, I Heart's rundown of the upcoming Edmonton International Film Festival, one of our city's most exciting and extensive festivals of the year. Like many of you out there, I too am an EIFF virgin, but not for long! Over the next few weeks I will hit up the fest and let you know how it all went, bad or good. Please feel free to leave us your comments and/or reviews of any of the films that will screen during the EIFF...hope to see you there!

Below is the trailer for Man on Wire (2008), which will screen free of admission at Sir Winston Churchill Square this Thursday, Sept. 17 (8PM):