- September 01, 2009
e
"It leads to a vibrant downtown, a place that is the heart and soul and the centre of what I like to think is the greatest northern city," Edmonton Oilers president Patrick LaForge told the Edmonton Journal in a recent interview, referring to the exciting news that our city will be home to a brand new twin-arena entertainment complex in the downtown. As the photo below shows, Edmonton has never had an internationally-recognizable skyline, but with the new arena proposal--in the Baccarat Casino area--the "City of Champions" will hopefully have the downtown its always wanted...a vibrant and bustling zone that sets is aside from the other major metros in Canada. The facility is expected to be finished by the time the Oilers' lease with Rexall Place is up in 2014, at an estimated cost of $450 million. 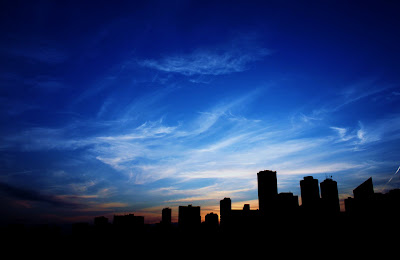