- September 07, 2009
Stuart and his outfit of individually-accomplished musicians won't likely hit the big time, but have the potential to make big things happen 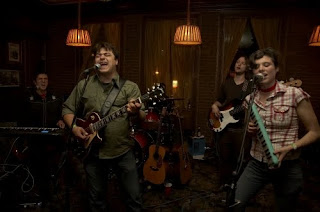 AS reported in newspaper after magazine, Jeff Stuart's music has been branded somewhere along the lines of alternative country twang blanketed within rootsy indie rock, but whatever the class it most closely resembles, critics can't seem to get enough.

Stuart ignited his reputable music ventures on his own, honing his assorted lyrical skills by hitting up festivals and clubs (including Edmonton's Sidetrack Cafè and Black Dog Freehouse) across Canada, before assembling a clique of adept instrumentalists to back him as the Hearts: Chris Quesnel, Gavin Dunn, Dwayne Martineau, Tim Resaul and Sara Hart (just a coincidence).

"Full of country, sure, but with a lot of folk harmonica and tactically repressed sorrow."
-Edmonton Sun (January 2004) 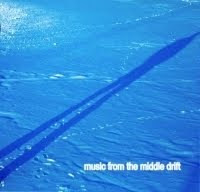 But before the Hearts were even in the picture, Stuart set out with various musicians (Brian Duffy, Shaun Maguire, Ivan Gayton) who collaborated with the unsigned singer-songwriter on a collection of (seven) songs that were eventually compiled for Music from the Middle Drift (2004), but an initial pressing sold out soon after it hit the streets. Stuart is, according to his official website, in the process of launching a "special edition" of Middle Drift, backed by previously unreleased material from his catalogue.

Five years later, in '09, Stuart and the Hearts knew it was time for their first proper album of original material, Black Dogs Blue Giants, which garnered a perfect 5 outta 5 rating from SEE magazine journalist Fish Griwkowsky (see his review here), who couldn't say enough of "how awesome this Edmonton band is."

Griwkowsky describes the record: "Killer production, best execution of a set of players I've heard in a while, extra cool they're local. Total win-win, taking the corpse of alt-country and turning it unrecognizably beautiful," he continued, praising stand-out tracks like "Hold Out" ("tantric sex in a bottle") and "The Wire" ("a strong candidate for Song of the Year"). 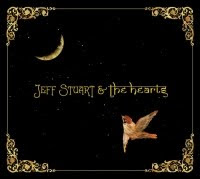 Stuart, who played Alberta's North Country Fair with his band just this summer, has plans to release Black Dogs sometime this fall, though as it goes with these types of acts, won't get anything near the attention it deserves. "It's our piece of work that we've had so close to us fo so long, if we're going to let it go it has to be the way we want it," stated Stuart in an Edmonton Sun interview with, again, Griwkowsky.

Until then, you can check out a select crop of the band's songs ("The Wire," "The Boss"), videos and photos at their MySpace page. Spread the word people.