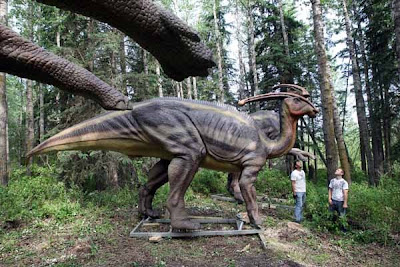 So, it won't be as good as the Steven Spielberg movie, but the under-construction Jurassic Forest & Learning Centre in nearby Gibbons will be epic! Well, it'll be cool, no? When all is said and done there will be 40 life-size animatronic dinosaurs roaming 40 hectares of land adjacent to the Goose Hummock Golf Resort (2310-564 Township Road), just outside Gibbons. Now, Edmontonians who are hankering for some dino fix can skip Drumheller and drive the 20 minutes to the park, which will also include an interpretive centre and gift shop. Jurassic Forest will open on Friday, July 30.

Most of you may only know Stompin' Tom Connors, 74, as the voice behind "The Hockey Song" that plays in between whistles at hockey games. But there's so much more to the New Brunswick folk-country musician than just that song. In short, Connors--who will be playing the Jubilee Auditorium on Tuesday, August 31 (8PM)--spent some of his childhood with his mother in a low-security women's penitentiary, before he was taken away by Children's Aid Society. He was adopted by a family in PEI, which he left at 13 to hitchhike across Canada. He learned the guitar, wrote some songs, got on the radio, and evolved into the man you see today, stompin' his foot against a piece of plywood onstage to the sounds of "Bud the Spud," "Margos' Cargo," or any of his other stream of Canuck classics. Tickets for the show are $61.90-$71.90 and are available at Ticketmaster. Watch "The Hockey Song" video below.

Out of the 74 Canadians who were recently appointed to the Order of Canada, our nation's highest honour for its citizens, three call Edmonton home. In a news release issued yesterday (June 30) by Governor General Michaelle Jean, Edmontonians Georges Ares, Herbert Belcourt, and Adriana Davies were all named to the prestigious club, as was Edmonton-born actor & MS activist Michael J. Fox. Davies made the cut for her work preserving and promoting the cultural heritage of Alberta, and for creating the Alberta Online Encyclopedia. Belcourt's contributions to affordable housing and education for Alberta's Metis population earned him the honour, while Ares was recognized for preserving and encouraging French culture and education in our province. For a complete list of all appointed, click here.

The festivals are rapidly overlapping each other as every new summer week begins, so there's no shortage to choose from. But you can't hit them all, nor would you wanna. With that said, I'm gonna recommend you at least take in the inaugural SOS (Sounds of Strathcona) Fest, which will invade the Whyte Ave. area from Friday, July 9 to Sunday, July 11. 25 local venues will welcome something like a hundred mostly Edmonton-based musical performers over the 3-day event, including Cadence Weapon, Ann Vriend, The Joe, Ten Second Epic, Jeff Stuart & the Hearts, and one of my personal favourites, Calgary's Michael Bernard Fitzgerald. I'll be volunteering at the fest, so come say hi! I'll be the stoned one ransacking purses backstage. For a complete schedule click here. 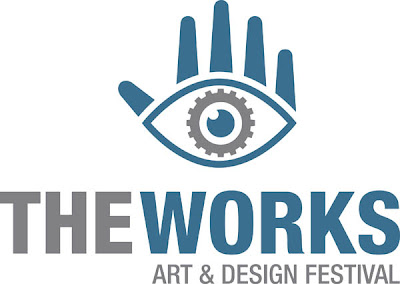 In the Comic Strip's 5th annual "Funniest Person With a Day Job" contest, former DJ Scott Belford proved he had the stuff to take first place. Belford, who was a finalist in last year's competition (won by Jordan Chyzowski), beat out 2010 finalists Danny Martinello, Ryan Paterson, and Jeff Stevenson to capture the title. "I've made people laugh my entire life, which mostly got me into trouble until I was out of school," remembered Belford. "I am just a happy guy and I like to make my days fun, regardless of where I am or what I am doing." His day job? Belford works in the warehouse of the very proud McElheran's Fine Furniture (10115-124 St.). You can check out some of Belford's stand-up video clips here.

You know it's summer in Edmonton when Terwillegar Park prepares for the Sourdough River Festival! The 51st annual race, featuring makeshift water crafts invading the North Saskatchewan, will take place Saturday, July 10 and Sunday, July 11. The event will also include a Kids Zone Mini Carnival, which will offer music, games, face painting, prizes, and the chance to build their own mini raft. There are thousands of dollars to be won at the 2-day event, which will salute the Canadian Navy on their 100th anniversary. For rules, regulations, a map, and more, visit their official website.

We're right in the middle of The Works Art & Design Festival 2010, which runs in downtown Edmonton daily from June 25 to Wednesday, July 7. The 25th annual, 13-day Works Fest is one of the largest of its kind in North America, promoting and celebrating visual art, free of cost. "It's about people," said Linda Wedman, founding board member of The Works International Visual Arts Society. "We wanted to pause and celebrate what had been happening 365 days of the year in artists' studios and in artist-run centres all over the city, and we did it in the form of a festival. From the beginning this has been about celebration, collaboration, innovation and education." For a complete schedule of The Works click here. 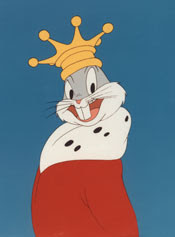 "Whoever lives in Edmonton and misses this is a fucking idiot!" That's the kinds of things people are saying about Saskatoon band Black Magic Pyramid's LAST SHOW EVER! The all-ages concert will take place at Allendale Hall (6330-105A St.) and will set you back just $10. The show, set for Sunday, July 4 (7PM), will also feature special guests Krang, Book of Caverns, Tel Fyr, and Oh Messy Life. Check out the indie rockers at their MySpace page.

Are you one of those people who like to go to the movies, but don't like to pay? Well then, listen up! Or read on, in this case. The Art Gallery of Alberta's Ledcor Theatre, in Churchill Square, is screening free, first come-first serve films centered around Warner Bros. animation. The Golden Age of Looney Tunes will show on Tuesday, July 6 (7PM), and the AGA's "Animation Week" will continue with Best of Bugs Bunny and Best of Daffy & Porky (Wednesday, July 7 @ 7PM) and Road Runner versus Wile E. Coyote (Friday, July 9 @ 7PM).

And finally, welcome to Edmonton, Taylor Hall! That's all, folks!!

Below is a video of Stompin' Tom Connors performing "The Hockey Song" classic. The song was originally released on his 1973 album Stompin' Tom and the Hockey Song, but didn't become popular until 1992, when the Ottawa Senators began playing it at their games.