- July 27, 2010
Black, white, brown, yellow and red Edmonton unite for a 3-day celebration of what makes us exceptional 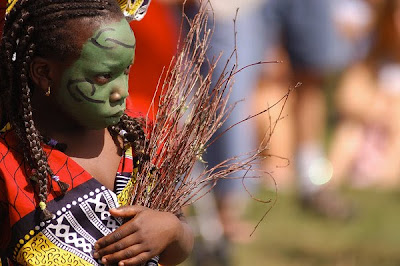 IT was 1974 and there was no denying the growing diversity roaming the streets of the cities and towns of Alberta. Of Edmonton. This clear observation lent then Minister of Culture, Dr. Horst A. Schmidt, an idea to toast to this colourful shift.

Schmidt had the first Monday in August declared an annual holiday that would both celebrate and recognize our province's varied cultural heritages. Civic Holiday, they called it. But, to be honest, most of us spend the extra day off roasting wieners, ATVing, or getting stoned in somebody's basement or garage.

For those who wanna actually pay respect to the true meaning behind Civic Holiday, there's the Edmonton Heritage Festival (a.k.a. "Heritage Days"), now in its 35th year. It runs from July 31 to August 2.

"Our mission is to promote awareness, understanding and appreciation for cultural diversity through an annual summer festival, as well as to provide educational events, programs and/or projects on a year-round basis," reads the event's official website.

In its first years Heritage Day (Civic Holiday) was celebrated in the form of a multicultural concert at Fort Edmonton Park, until it moved over to Hawrelak Park in '76. There, ethnic cuisine, crafts and entertainment from eleven different cultural communities filled the park, and continues to expand with every passing season.

The family-friendly, booze-free long weekend regularly sees anywhere from 200,000-400,000 visitors from around the province, which also allows for the single largest food drive every year for the Edmonton Food Bank. They graciously collect about 50,000 kilograms of donated food during the 3-day event.

There is no public parking at the Park, so you must travel by foot, bike, taxi, or ETS Park 'n' Ride. For a map of the festival grounds click here.