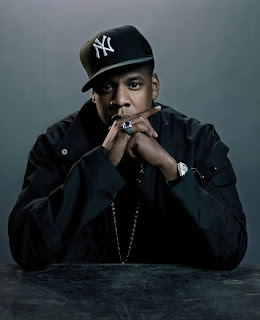 WHO knew Edmonton--a city with no less than three rock stations--had so much love for Jay-Z?! I certainly didn't, which explains why I spent half the concert staring out at the adoring crowd instead of the sleek stage at Rexall Place Tuesday night (Oct. 13).

Myself and 9,000 strangers-to-me ventured out into the below-zero evening to catch a glimpse of a rare occasion in our town...a rap mogul, live in concert. Jay-Z's guest appearance in Edmonton followed the news of three recent hip-hop concert cancellations, in Lil' Wayne, Mos Def and Kanye West, the latter of whom called off his whole tour shortly after the bullshit he pulled at the MTV awards last month.

But Jay-Z stuck to the script and put on a ferocious presentation that caught me offguard. He's a seasoned entertainer and he knows exactly what he's doing, after 20 years in the industry, which could be why the guy's worth $150 million and calls Beyonce "honey." I spent most of the day leading up to the concert expecting to be disappointed at the whole experience of what would be my first rap concert. I plead ignorance on that one.

The parking lots seemed partially barren when I got to the Rexall and once my ticket--free to me, but worth $169--was swiped, I noticed an abundance of empty seats, even when opening act Wale hit the stage shortly after 8PM. Both Wale and J. Cole warmed up the inattentive ticket-holders, but the crowd bloated when N.E.R.D., led by the vigorous and primal Pharrell Williams, took over the stage. By this point I had sipped on some white rum and puffed a few times on a communal fatty...um, that didn't come out right. Anyways, Williams' energy infected the crowd and was the perfect side-step into Jay-Z's set, which ignited before 10PM.

With a quick glance it looked like a full house at the Rexall, minus those why-even-bother seats in the arena's nose-bleed section. The stage transformed into this glossy showcase of giant mismatched TV screens that rose 20 or 30 feet into the air. A full band, including an accompanying horn section, backed the rap icon, who turns 40 this December. Even the lights were used to their full advantage, spotlighting crazy rhymes onstage and highlighting raucous concert-goers, many of which were dressed to bend the stereotype of someone who would attend a rap show. Mind you, even Williams was clad in a plain T-shirt and jeans. 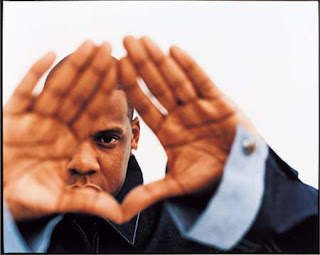 Jay-Z kicked off the night with his current hit "Run This Town," and although the track features Kanye West and Rihanna, it was Jay-Z manning the ship himself, as a recording of Rihanna's portion filled in the gaps. From then on it was a barrage of hits from years past and select cuts from his latest album The Blueprint 3 (pictured below), which debuted at No.1 in North America last month. From "Hard Knock Life (Ghetto Anthem)" and "Can I Get A..." to "Dirt Off Your Shoulder" and "Izzo (H.O.V.A.)," Jay-Z kept the crowd in the know, barely getting away with a song that we couldn't sing along to.

Every new beat seemed to jolt the fans, who obliged to each of Jay-Z's requests, waving their diamond-shaped hands in the air, hollering on cue, and mimicking the chorus' to hit after hit. The uproar may have slightly intensified when Williams returned to join Jay-Z onstage for "So Ambitious," one of the tracks on The Blueprint 3.

"Tell the police to loosen up on the border a little bit, and we'll come back more often," Jay-Z assured his fans before returning to the show with "99 Problems." Besides announcing his appreciation for our reception and reminding us to "follow [our] dreams," Jay-Z kept the banter to a minimum, until the end of the evening. After performing his "Encore," the rapper specifically pointed out folks in the crowd and thanked them for singing along, for "showing love," or just for coming out to see the 90-minute show.

But before he put the mic down--and after a few people had left their seats--Jay-Z surprised us with one final performance, in a rendition of "Young Forever" (featuring Mr. Hudson), another Blueprint 3 offering that samples Alphaville's 25-year-old pop standard "Forever Young." 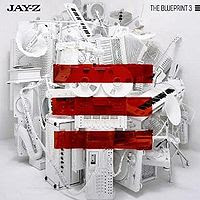 If arms weren't swaying, then lighters and cell phones were lit up to mould an image synonymous with concerts for decades now. For a moment it felt like I was at a show for U2 or Sting rather than a gangsta rapper from the Brooklyn projects, but the resemblance was dashed with a glance at the next morning's headlines: "Two men shot after Jay-Z concert."

According to reports, a pair of men suffered gun shot wounds outside of the adjacent Diesel Ultra Lounge, which hosted the "official" afterparty. This shameless behaviour belongs in the hypothetical lyrics and fanciful videos of the songs that harbour these rappers, who inadvertantly become role models to wannabe thugs across America, and apparently in our own backyard.

But, like when douchebags imitate their favourite big-screen comics (i.e. 'Borat') in lunchrooms and pool halls, we have to put up with pistol-waving hoodlums who can't seem to settle the score with an old-fashioned fist fight instead. What an embarassing conclusion to one of the most crowd-pleasing concerts I've seen all year. Now let's start working on 'dem borders!

Below is a 16-second snippet of video I took during the Jay-Z concert, in which 9,000 Edmontonians are showing their respect for the hip-hop legend.