- July 13, 2009
Homegrown rockers are making waves throughout the country, but are still unable to break south of the border

"I'M hoping that we're all still happy, creative and into it," said guitarist Daniel Carriere during an interview with AWmusic, when asked where he thought he and his band would be five years from now. "If we're still making stuff I'll totally be happy, and being happy is the biggest part of it all."

At the rate Edmonton-based band Ten Second Epic is going it sounds like a sure bet, as the rockers launched their third full-length album, Hometown (Black Box Recordings), at the beginning of this year. They've also continued a steady touring schedule, playing in Canadian venues with bands like The New Cities and The Februarys, and collaborating with rising synth singer-songwriter Lights.

The pop-punk ensemble formed back in '02, made up of Carriere and Craig Spelliscy on guitar, Sandy MacKinnon on bass, Patrick Birtles on drums, and Andrew Usenik on vocals. Two years later, in 2004, they issued a debut indie LP, One More for the Road, which sold some 4,000 copies in Canada, and led to a spot on every stop of the Canadian leg of the Warped Tour. 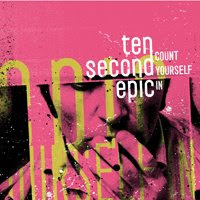 It wasn't long before the right people took notice of TSE, who were named "Best Band in Edmonton" by local SEE magazine soon after. One of those contacts was mega Canadian producer Garth Richardson, who has worked with major acts like Nickelback, Rage Against the Machine, Rise Against and Red Hot Chili Peppers.

TSE headed to Richardson's Farm Studios in Gibsons, B.C., where they pieced together a sophomore project christened Count Yourself In (Black Box Recordings), which hit store shelves in October of '06. The 10-song record received mostly positive reviews, as four tracks from the set found considerable radio airplay (mostly on college stations) across Canada, and MuchMusic rotated the videos for "Suck It Up, Princess," "Old Habits Die Hard," "Avenue Days" and the CAB Award-nominated title cut (watch video below).

Just as TSE landed touring gigs with the likes of Theory of a Deadman and Rev Theory, they released a third album, Hometown, recruiting Richardson once again to produce its "poppier" sounds. Some critics groaned over the band's direction of more radio-friendly songs that had some go as far as comparing the music to pop acts like N'Sync and the Backstreet Boys. 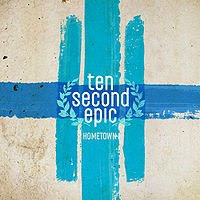 The collection included singles in "Life Times," "Welcome to Wherever You Are" and their alliance with Lights, "Every Day," allowing the disc to crack the Top 20 (#16) of the Canadian albums chart its first week out. "She's a really good friend of ours," remarked lead singer Usenik. The release party for Hometown was hosted by Edmonton's Starlite Room last Februry 22nd.

"In the end being happy comes before everything else," continued Carriere in that aforementioned interview. "Albums and everything else don't matter if you're not happy with what you're doing." The band returns to their hometown July 22nd, performing as part of the "Tent Party" at The Bank-Ultra Lounge. Tickets are available at Ticketmaster for $20.