- August 27, 2010
Those who live and/or work in the city's core want more out of the region, in terms of dining, shopping and leisure
BY EMIL TIEDEMANN 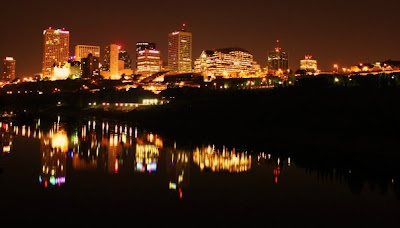 BETWEEN June 3rd and 25th of this year Edmonton's Downtown Business Association conducted a comprehensive survey of the area's residents and employees, to find out what they thought was missing in the core of the city.
365 downtown residents and 2,200 of its employees took part in the survey (phone and online, respectively) to determine the potential of the area. The results, released on Wednesday (August 25), confirmed what most of us had already expected, that more casual dining, shopping and live entertainment were top priorities.
"It's a big step toward defining downtown expectations, and it's information we can use for years to come," said report author and U of A MBA student Nick Lilley, to the Edmonton Journal. "This tool should be very effective in moving forward with our recruitment efforts, and now we can target individuals and businesses to come to the core."
82% of residents and 78% of employees surveyed were looking for more casual dining options as opposed to fine dining (47%/ 32%) or coffee shops (30%/ 15%). Some of the most popular chains suggested for the area included The Keg, Moxies, Earls and the Olive Garden.
When asked about downtown shopping, more than half of those surveyed (51% of residents, 52% of employees) were highly supportive of additional clothing outlets, although grocery stores (60%/ 35%) were also near the top of the list. The downtown region (Oliver Square not included) boasts just two grocery stores, a Save On Foods and the 2-year-old Sobeys on Jasper & 104th.
"It's a big step toward defining downtown expectations..."
-Nick Lilley
Representing 12,000 residents and 68,000 employees of the downtown, those surveyed also gave the thumbs up to more live performances (music and theatre), sporting events, festivals, parades, galleries, movie theatres, lounges and wine bars. 88% of employees admitted to attending an area festival at least once or twice a year.
But the 23-day survey also asked questions like whether or not they were aware of the proposed development of the downtown arena district (that's arena district). Surprisingly, considering all the on-air and online fuss, just 82% of residents and 81% of employees were in the know. Support of it was surprisingly low as well (46% and 59%, respectively), though 21% of each were deemed "neutral."
Another subject the poll touched on was the pedway system, which is used at least five times a week by nearly a third (31%) of the employees surveyed, 77% of whom claimed it was important for them to have the "ability to stay inside while travelling between buildings."
Most employees also favoured retail and dining space in the pedways, 84% of which chose shopping as numero uno.
More importantly, a respectable 80% of residents would recommend downtown to their family and friends as a place to live. For all results of the survey click here for residents, and here for employees.
There is a margin of error of +/- 5.1%, and a 95% confidence level.
Downtown Business Association Edmonton downtown survey Edmonton Journal Nick Lilley Soneys