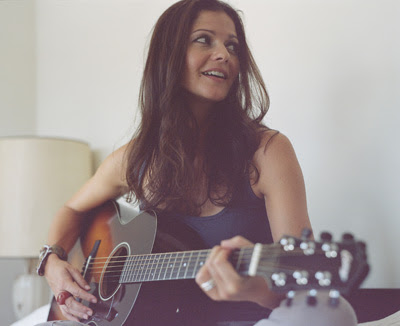 "WHEN I began writing these songs, the floodgates opened to my whole life," admitted Edmonton-born singer-songwriter & actress Jill Hennessy, referring to her debut album Ghost In My Head. "It's the embodiment of a lifetime of work."

But most people who even know who Jill Hennessy is, most likely know her from her work on the small screen. From 1993 to '96 Hennessy, 41, played assistant district attorney Claire Kincaid on Law & Order, and then was tenacious medical examiner Jordan Cavanaugh on Crossing Jordan, from 2001 to '07.

But Hennessy has been focusing on her musical ambitions as of late, a lingering passion that had been ignited as a child, "when my dad would come home from work," she remembered. "We'd sit on the kitchen floor and listen to records--Elton John, Carpenters, Joni Mitchell, and especially Cat Stevens.

"That was my image of family, being together, being safe. I feel like music is the closest thing to who I am. It's where I feel most at home." 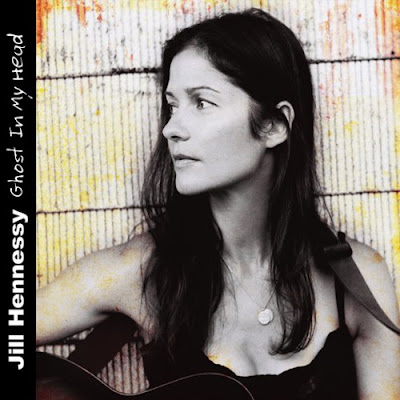 Hennessy, who has an identical twin sister (Jacqueline), left Edmonton when she was 17 and moved to Toronto, where she busked on downtown streets and in subways, before moving onto local coffeehouses. She taught herself to play guitar to songbooks of U2 and Tracy Chapman, and soon landed a part in a musical about the life of Buddy Holly.

Even as her acting career took off, Hennessy continued making music, officially going pro when she recorded songs by Bob Dylan and Tom Waits for the T Bone Burnett-produced Crossing Jordan soundtrack, in 2003.

Grammy-winning producer Patrick McCarthy (U2, Madonna) was brought in to produce the "intimate, emotional vignettes" of Hennessy's premiere record, Ghost In My Head (Master Rock, Inc.), which she recorded last summer in Austin, Texas. She also invited R.E.M.'s Mike Mills, the Dixie Chicks' Martie Maguire, multi-instrumentalist Lloyd Maines, and her own husband (Paulo Mastropietro) and eldest son (Marco) to contribute to its 10 tracks, all condensed fragments of Hennessy's collected experiences over the years.

"The songs just started coming out," Hennessy revealed. "It was cathartic. When something hits me now, I write it all down."

Below is a clip featuring Jill Hennessy performing the title track to her 2009 debut album Ghost In My Head, on the Canadian talk show Q (CBC).