- May 20, 2016
This collection of essays takes a personal look into the conflicts of the Middle East from all viewpoints


WHEN it comes to the situation in the Middle East, specifically that of the generations-old conflict between Israel and Palestine, some say that there are two sides to the story. However, as Edmonton-based editor and academic Ghada Ageel demonstrates in Apartheid in Palestine, there are far more than just two. 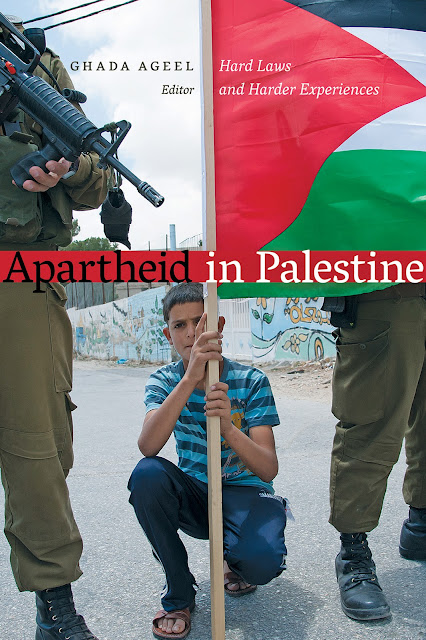 Apartheid in Palestine is a collection of essays that both humanize and analyze issues of occupation, displacement, colonization, and apartheid – the latter being the most controversial term of the group when applied to Israel's policies concerning Palestinian land and human rights. However, far from being inflammatory, these stories of struggle are balanced in their presentations, including authors that are Palestinian, Israeli, activists, academics, and people who have lived in the region and witnessed that which they seek to tell the world.

Ageel herself is a third-generation Palestinian refugee, born and raised in the Khan Younis Refugee Camp in the Gaza Strip. She is a Visiting Professor in the Department of Political Science at the University of Alberta and a columnist for the Middle East Eye, an online news portal based in London, England. Regardless of what position you hold with regard to Israel and Palestine, this is an important and challenging read that presents perspectives worthy of study and discussion.
#yegwrites apartheid Apartheid in Palestine book review Edmonton author Ghada Ageel Hard Laws and Harder Experiences local author Middle East Paula E. Kirman
Location: Edmonton, AB, Canada