IT'S likely more difficult to run into someone who hasn't seen Star Wars: The Force Awakens, which has grossed more than $2 billion since it hit theatres in December. If you're itchin' to see it again, and don't want to wait until the Blu-ray comes out on April 5th, then you might want to pay attention!


Star Wars: The Force Awakens will be available to own on TELUS Optik TV April 1st for just $25! That's four days before it comes out on Blu-ray and a full four weeks before you can rent it on any other TV provider in the country! With TELUS Optik TV, once you own it you can watch it as many times as you want for no extra cost!

Plus, you don't need any extra hardware when you purchase Star Wars: The Force Awakens through Optik TV...in fact, you don't even need to get off the couch! Your purchase will even include plenty of bonus features, such as deleted scenes and a feature-length documentary!

I promise, this is no April Fool's joke!

To celebrate this exciting news,TELUS Optik TV is giving away a special gift, the BB-8™ Droid by Sphero! Retailed at $189.99 CAD, this app-enabled Droid™ is as authentic as it is advanced.

BB-8 has something unlike any other robot - an adaptive personality that changes as you play. Based on your interactions, BB-8 will show a range of expressions and even perk up when you give voice commands. Set it to patrol and watch your Droid explore autonomously, make up your own adventure and guide BB-8 yourself, or create and view holographic recordings. 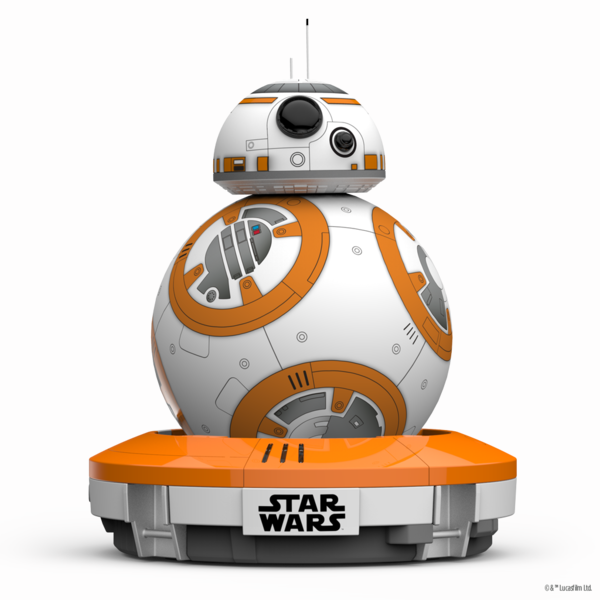 In addition to that, if you’re a TELUS Optik subscriber, they’ll also hook you up with the movie for free! All you have to do to for your chance to win is retweet THIS TWEET. That's it!

And by the way, starting April 1st, you can also purchase Star Wars: Episodes 1-6 on Own on Optik. In addition, Optik TV has plenty of other awesome titles to own as well, including Spotlight, Carol, The Peanuts Movie, Steve Jobs, Brooklyn, Danish Girl, and Alvin and the Chipmunks: The Road Chip.

May the force be with you.