rEview/ Dancing Into Eternity: A Collection of Poems

- April 21, 2015
Poet Alida Van Braeden showcases the evolution of her writing in a collection of evocative poetry that stretches all the way back to her youth

WHEN poetry is meaningful and effective, the words can sometimes dance on the page. Dancing Into Eternity is a collection by Edmonton poet Alida Van Braeden, and her writing is as ethereal and evocative as the title suggests.

The self-published volume contains poetry inspired by nature, solitude, and love. Stylistically, she alternates between contemporary and classic styles, sometimes within the same piece, playing with line length, rhythm, and rhyme schemes. Her explorations of love are especially poignant, with images of desire, anticipation, and giving of the heart. She pushes boundaries just enough to describe a world where there is balance between 'I' and 'Us.'

An overriding theme throughout Dancing Into Eternity is connection. Connections between each other, with the universe, and with those we love. The final section of the book is a series of poems written in Van Braeden's youth, left unedited to reflect her writing style at the time. She demonstrated a precocious talent beyond her years and the poems stand up well against the world of today.

Van Braeden has been writing poetry since she was a child and is a member of the Stroll of Poets. Dancing Into Eternity can be purchased in Edmonton at Audrey's Books.

Find Out What Each Candidate Stands For... By Emil Tiedemann There will be some big changes coming to Edmonton's City Council this September, as Mayor Don Iveson , Ward  Métis (#6) City Councillor Scott McKeen , and Ward Ipiihkoohkanipiaohtsi (#10) City Councillor Michael Walters have all announced that they will not be seeking re-election. They were all elected to their current positions the same year, in 2013.  Mayor Don Iveson. " It is an incredible honour, and a humbling duty, to serve as your mayor and I am thankful for every day I get to serve our community,” Iveson said last November.  “With a year remaining, I w ant to make clear that my singular daily focus is working tirelessly to protect and help Edmontonians impacted by   COVID-19   and the economic challenges we face.” " I will miss working with so many committed civil servants, who bring their talent and humility to the job every day,” McKeen wrote earlier this month. “I will miss some city council members
READ MORE »

He's a rare breed, coming from the lows of adolescence to the highs of national stardom BY EMIL TIEDEMANN Y OU might think I'm somewhat bias, doing an article on someone I'm actually related to, but the reality is that he's my cousin twice removed, and I've never even met the guy before. But, at the same time, I know of Nathaniel Arcand , 37, and I know he's one of this country's most talented and prolific Aboriginal actors, honing his craft on both television and film since the mid-'90s. In fact, I didn't even know that Arcand, the oldest of six children, was part of my extended family (our mothers are first cousins) until I read an article (partially) about him in a December 2002 issue of the Edmonton Journal . The headline for the piece read "Former gang members tell their stories to forum to help native youth" (by Ed Kaiser ). "We saw a lot of drinking around us and fighting," a 31-year-old Arcand told Kaiser. "We s
READ MORE »

Get to Know Who's Running: Gino Akbari (Ward O-day'min)

Get to Know Who's Running: Dan Johnstone (Ward Ipiihkoohkanipiaohtsi) 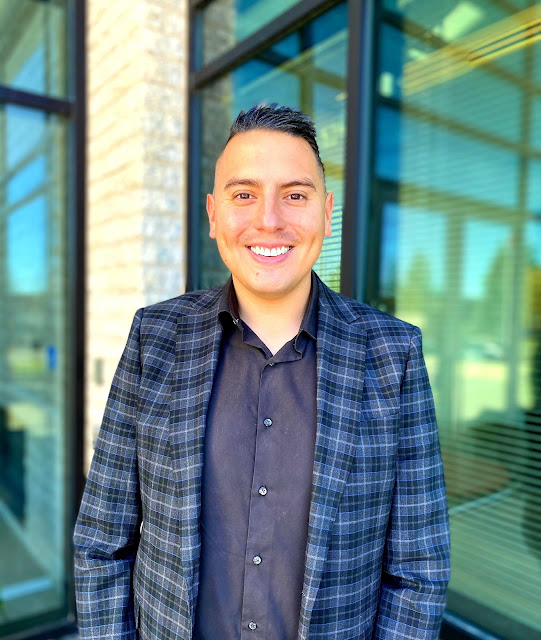