- June 15, 2010
Jazz enthusiasts are patiently waiting to kick off a strong tradition of festivities to promote and celebrate a shamefully low-key format 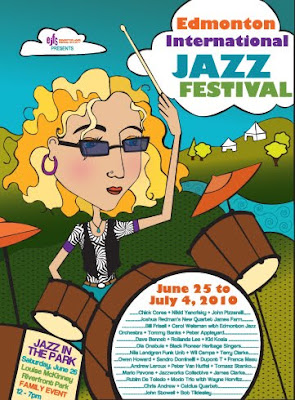 WHEN you think Edmonton, you don't think jazz. In fact, even when you think music in Edmonton, jazz doesn't exactly come to mind. No, instead most locals would probably envision electric guitars, or cowboy boots, or maybe even mullets in plaid shirts when asked to spare us some images of the general local musical preference.

It's been a long road, too.

The Edmonton Jazz Society was founded way back in 1973, and sponsored individual jazz concerts until 1980, when the Jazz City International Jazz Festival (later known simply as Jazz City) commenced, as one of the first such festivals in the country. This was in response to an intriguing initiative from Alberta Culture to celebrate the province's 75th anniversary, spearheaded by Marc Vasey.

That first year saw some 20 concerts over 8 days, and were presented by the Northern Alberta Jubilee Auditorium and the Citadel's Shoctor Theatre.

By 1984 the EJS forfeited their duties of overseeing the event to the newly-created, non-profit Jazz City Festival Society, which moved the festival's mainstage from the Shoctor to the Citadel's MacLab Theatre during 1985. Then to the Chateau Lacombe Ballroom from 1986-1990, and a revolving door of venues thereafter.

The festival expanded into the current 10-day format in 1986, by which time it had gained a reputation as one of the nation's best jazz events with international appeal. 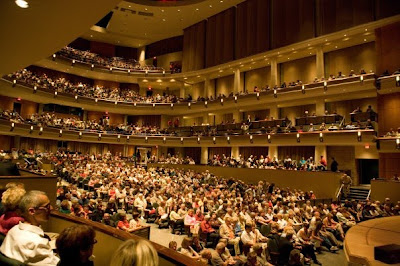 But by the new millennium things had changed drastically for jazz in Edmonton, as attention has increasingly shifted towards other events, other festivals, other musical tastes. Numbers were down for jazz fest attendees, and the show eventually failed to turn a profit.

Persistent financial issues soon gave way to the worst-case scenario, when the festival was cancelled for its 2005 season. Vasey, who also served as vice-chair of the monolithic Westcan, was fired from his position, while the organization was left owing $200,000 to some 50 creditors, and were also denied a $90,000 grant by the Edmonton Arts Council.

Festival organizers weren't even able to pay the performers from the '04 season--their 25th anniversary--including headliners David Sanborn and Al Green. And to make things worse, Allstar Shaw Industries, which provided the festival's technical services, filed a lawsuit for monies owed.

The local jazz community found itself at a crossroads. It was time for a new start.

Dedicated and enthusiastic organizers--including Adrian Albert, Don Berner, Jasiek Poznanski, and Kent Sangster--came together to rehatch the long-standing tradition of a jazz fest in our city, and renamed it the Yardbird Jazz Festival. It premiered on June 23, 2006 and went 10 days straight, with performances by local acts like the Louise Dawson Trio, Toque, Shelley Jones, the PJ Perry Quintet, and the brand new, 18-member Edmonton Jazz Orchestra. 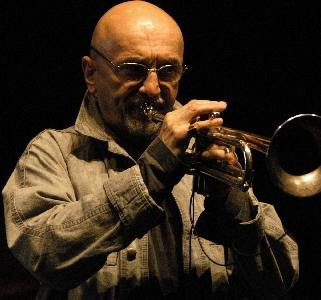 The relaunch was made possible by the Edmonton Jazz Festival Society, which formed in November '05 "to provide the mandate and structure to support the international jazz festival tradition started in 1980 by Jazz City."

Working alongside the Edmonton Arts Council, the Alberta Foundation for the Arts, and the EJS (Yardbird Suite), the festival returned to its former prime, though it was quickly rechristened the Edmonton International Jazz Festival for 2007.

This year the EIJF does not disappoint, with a line-up of local, national, and international jazz musicians sure to redefine your "cup of tea."

A pre-festival concert by living legend Chick Corea will kick off the festivities on Thursday, June 24 (7:30PM) at the Winspear Centre (pictured above right). The show will also include a set by Terry Clarke, the only drummer to receive the prestigious Order of Canada.

Clarke and his Trio will also perform the next day (June 25) at the Yardbird, one of North America's finest jazz venues. Others who'll appear at the 2010 EIJF include Owen Howard Quintet, Peter Van Huffel, John Stowell Quartet, Andrè Leroux, Franca Masu, Dupont T, and the Tomasz Stanko Quintet (pictured above left).

For a complete schedule of 2010 performers click here, or you can find more information on the Edmonton International Jazz Festival by visiting their official website, or find them on Facebook, Twitter, or MySpace. Or you can call the Yardbird at 780-432-0428. Tickets are available at the Yardbird and at TIX on the Square. *jazz hands*.

Below is a video promotion for the Edmonton International Jazz Festival.