- December 02, 2015
How this local second-stage shelter gave one woman her WINGS!

IN 2002, as a pregnant mom on welfare to two boys with a baby on the way, I went to an appointment to meet a woman in an apartment building downtown. 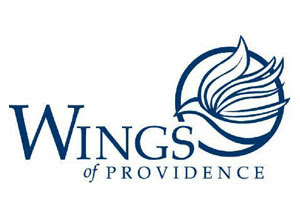 I'd been in a local women's shelter for a few weeks and was given details on a place that might be able to help me and my children. I didn't have a whole lot of hope. I'd just left my abusive partner and hope was the last thing I had. I didn't believe much in myself, let alone anyone else at the time. I felt like a shell of the person I used to be.

When I went for my appointment, I was taken into the office where I was offered a drink, a chair, and an ear. It was a quick meeting from what I remember, an insight as to what WINGS (Women In Need Growing Stronger) did, and questions as to what was going on in my world.


You see, before I went to WINGS, I didn't even know that I was raped. I did not acknowledge it. Did I want it? No. Was I scared when it happened? Yes...but he was drunk! It didn't count. He wasn't accountable. He didn't have control over himself. He would never hurt me when he was sober. No, I definitely wasn't abused.

Then I got the call telling me that my children and I could move in. I remember feeling relief and dread at the same time. I had a place for us, but no one understood what I was going through. They didn't realize that my boyfriend and I really loved each other, that he just needed help. He was always sorry.


"I went from being an abused mom on welfare to a strong, competent, confident women."

One of the first thing I learned at WINGS was how much help I needed. Not just him. I remember going to my first group session there (they had group therapy sessions and one-on-one sessions on site) and I remember the group leader talking about manipulation tactics used by abusers.

One of the most important things that WINGS taught me was about boundaries. Before WINGS, I didn't implement them. I thought that by doing what other people wanted, I could make them happy, even if it was at my own expense. WINGS didn't just teach me how to spot warning signs, they taught me how to grow my own voice.

I remember a creative exercise we did at WINGS. I can't remember what it was for, but it must have been something to do with how we were feeling. I drew a tall brick tower, no doors and no windows, with only a brick that my eyes could see through. I felt stuck. I felt like there was so much out there that I couldn't reach, and that the world I saw out there wasn't for me.

I still kept in contact with my boyfriend for a portion of my time at WINGS, I can not lie. I was still scared of letting go, still hoping that he would change, and still learning.

What did happen was when I talked to him, I began to question internally why I was talking to him? Why was he crossing the boundaries that I was beginning to proudly - though timidly - put in place? Why was he telling me that the help I was getting was stupid? That I didn't need it? That we didn't need it? Why did he only want to talk to me and not the kids? Even though he'd told me on the phone I had to meet up with him, so he could see the kids?

I began to see with every group session, every one-on-one session, and every piece of literature put in front of me just how unhealthy the whole situation was. I read a quote my last month at WINGS that was a light bulb moment for me: "...and then the day came when the pain it took to hold on was far greater than the pain to let go." And it was.

If I told you about the person I am today, you would never believe the person I was. I don't really know what else to say here. How do you sum up what one choice and one chance can do for a person? I'm just words on a screen.

So, I suppose I'll tell you this: I went from being an abused mom on welfare to a strong, competent, confident woman. After WINGS, some more therapy and introspection, I got a part-time job. When I saw I could handle a part-time job, I enrolled in university, and got a full-time job.

After five years of healing, I fell in love again for the first time, and moved across the world. I live in England now. I go on holidays to Spain. To Rome. Egypt is next. WINGS was a huge part in helping me to become the woman I am today...safe, in a respectful, healthy, loving relationship with boundaries that we - as healthy people - both set and both adhere to.


My current partner would never dream of doing anything to hurt me, and you know what? I wouldn't let him.

So, my Christmas wish to the universe this year is that anyone who reads this kindly donates in whatever way they can to WINGS of Providence, because I'm just one voice out of hundreds that they have helped to save, and unfortunately one out of more to come. You don't know what your donations do and have done.
You helped to save me too.