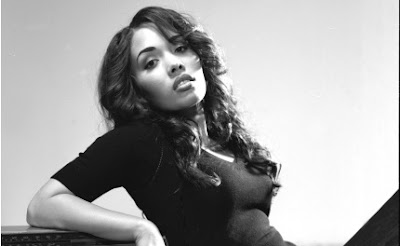 EDMONTON-born & bred Kreesha Turner broke into the music business after winning a singing contest on local radio station The Bounce (91.7 FM), which in turn led to a trip to Vancouver to record four tracks with Hipjoint Productions (Kelly Rowland, Shiloh). One of those songs, "Bounce with Me," caught the attention of music manager Chris Smith (Nelly Furtado, Fefe Dobson).
Soon enough Turner had inked a deal with Virgin Records and an accompanying R&B album in Passion resulted soon after, featuring singles in "Simple," "Shattered," "Lady Killer," and "Don't Call Me Baby." The latter broke into the Canadian Top 10 (#8) in '08, and even crossed the border to top the Billboard dance charts.
By 2009 Turner had earned a pair of Juno nods, took home the Canadian Radio Music Award for Best New Artist, and even appeared in a Kit Kat commercial with her hit "Bounce with Me." During the year Turner also appeared with alt-pop group Delerium on their "Dust in Gravity" track, which also topped Billboard dance list down south. Check out the video below.
Chris Smith Delerium Dust in Gravity Kreesha Turner Music Clip of the Month Passion