If you live in Edmonton and are active on Twitter you've probably at least heard of Slavo Cech, who happens to be one of the city's most well-known and respected artists. Even if you're NOT on Twitter, there's a good chance you've seen his work or even his influence around Edmonton, as he's made quite a name for himself through his unique metal sculptures or his legendary treasure hunts. If you STILL have no idea who I'm talking about, keep reading and get to know this local legend.

I♥YEG: Are you originally from Edmonton? If not, can you tell us about your origins?

SC: No, I was born in the Czech Republic in 1964. I was whisked away by two creative parents in 1968 who did not agree with an oppressive regime. My dad was a mechanical engineer and researched Australia and Canada. Canada was the first country to accept us as refugees. We settled in Edmonton that year. So minus four years of my life I’ve always called Edmonton home.

I♥YEG: When and how did you get into sculpturing?

SC: I’ve always had an interest in art. Drawing at an early age. In high school, art class was my favourite. My part-time job in high school was working for a company that manufactured commercial Christmas decorations for shopping centers and towns and cities. I had an early introduction to working with metal as many of the structures were metal.

I♥YEG: Is there any other artforms you engage in?

SC: Oh yes, I love to draw and paint. Sadly not enough time in my schedule for that lately.

I♥YEG: Do you have any specific inspiration for your sculptures?

SC: I find inspiration in many things and many places. Most often it comes from nature. Whether it’s the bend in grasses, the roll of a wave or the dance of the flames in a fire. I try to capture the essence and abstract it.

I♥YEG: How many hours goes into an “average” sculpture?

SC: I never look at a clock or judge whether something is good by how long it’s taken to make.

I♥YEG: Do you name your sculptures?

SC: Yes, I think it’s very important to title the work. I work in series, so pieces are also numbered within the series.

SC: I was lucky enough to be commissioned to create a sculpture for the Double Tree by Hilton in the West end. My work is represented in many private collections around the world. I’m currently finishing up a large sculpture commission for a private collector in Dubai.

I♥YEG: Can you tell us about the TELUS Building Christmas installation and how you became an integral part of its creation?

SC: As I mentioned earlier I worked for a company that manufactured commercial Christmas decorations while I was in high school. After graduating high School I enrolled in the NAIT marketing program. After graduating I decided to create my own company to be his competitor. At 21 years of age I wanted to make a big splash and create something on a giant scale. I approached AGT (pre TELUS) and much to my surprise they didn’t say no. I worked with their engineering team on how I wanted it sequenced but all the installation work was done by them. I was just the idea behind it. It really has become its own entity and I’m just so happy it still resonates.

I♥YEG: Do you have any favourite sculptors/ artists? Any inspirations?

SC: I have many favourite artists. Some of them local, some international. I marvel at sculptors who can create on a giant scale. For example, Richard Serra who has ship builders create his pieces. They are large curved walls of solid steel. An example can be found at Toronto’s international airport. The sculpture had to be placed before the terminal was completed.

I♥YEG: Has there been a time in your life where you just weren’t inspired to make art?

I♥YEG: Have you ever collaborated with another artist on a piece/installation?

SC: The opportunity has not presented itself but I would not be adverse to it.

THANK YOU, Slavo!! If you would like to see more of Slavo's art, you can also follow him on Instagram. Here are some of his pieces... 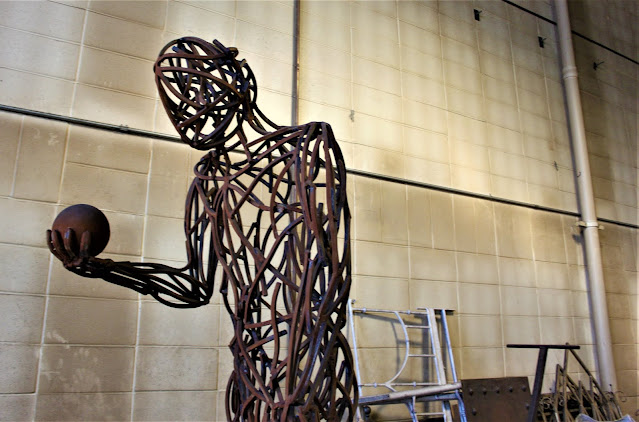 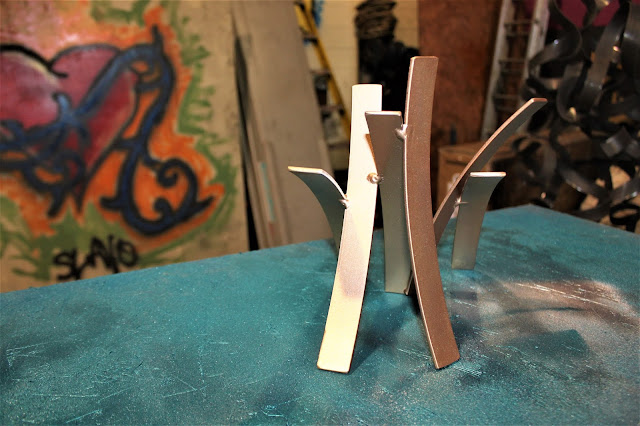 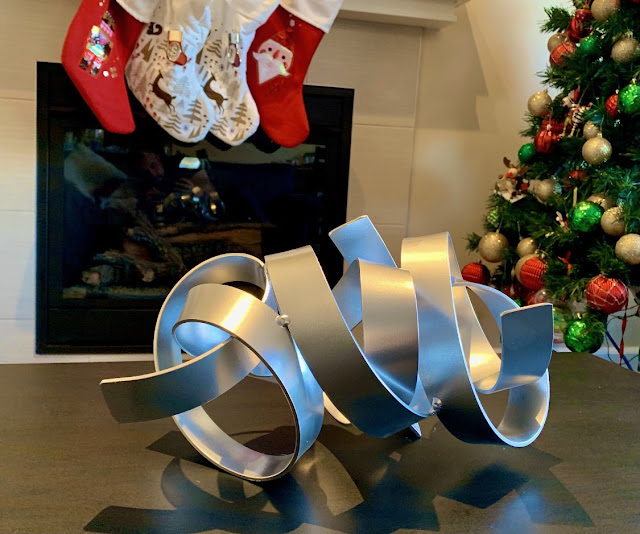 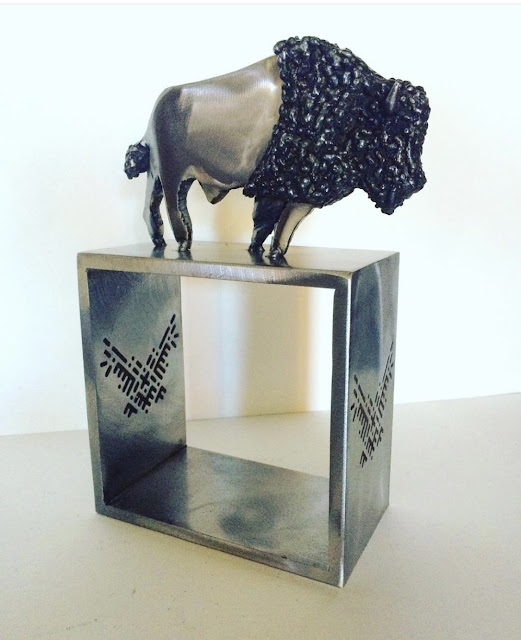 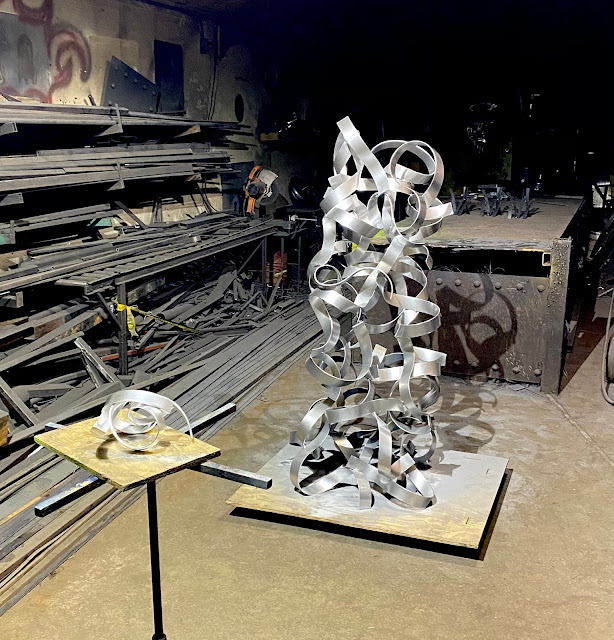