IT was my sister's 30th birthday, so I wanted to do something special to celebrate. I knew she had never been to the States before, and so although we had initially looked into checking out Portland, we decided that we'd take a trip to Seattle instead.

My sister, our two good friends, and myself spent just one weekend in Seattle, but we all fell in love with the experience, namely one aspect that really stood out to us and most likely to most other visitors to the Washington city. Pike Place Market.


Located just off the Puget Sound, Pike Place is a bustling and charming gathering place for locals and visitors to come to for fresh fish and deli meats, artisan crafts and trinkets, quality wines and oils, ethnic specialties, second hand books, locally-brewed coffees and teas, or even just for the atmosphere of the place.

I can imagine that there are plenty of Seattleites who rise before the sun to hit up Pike Place for their world-famous fish tossing, and then perhaps stroll across the street to grab a coffee from the first-ever Starbucks. Others probably spend a weekend afternoon strolling the various floors and hideaways of Pike Place, searching for a unique find unlike anything else in the city. Some are likely just people watchers, making their way through the crowds that take over the market 363 days a year.


I walked over to Pike Place three times in the two days we spent in Seattle, and it was a new experience each time. I remember thinking, 'Man, I wish we had something like this in Edmonton.' Could we?!

Well, there's no way we could ever duplicate what Pike Place Market is and what it means to Seattle, but that doesn't mean Edmonton couldn't create something that evokes that same sort of feel.

Yes, there's Old Strathcona's Farmers' Market and Antique Mall, the summertime City Market on 104th, and a pair of weekend flea markets. But, it's not the same. Both the OSFM and City Market are open just once a week, the flea markets for two days, and the Antique Mall focuses on just that...antiques. And of course, there are plenty of other cool places in Edmonton that offer up great food, drinks, shopping, and entertainment, but nothing here is quite like Pike.

Now, you're probably wondering, 'Where would we build something like this in Edmonton?' Well, it's sort of already built, and in what has to be the most prime area in the city. The old Rossdale Power Plant.


Situated in Edmonton's majestic and sprawling river valley,  and just minutes away from our downtown core and the trendy Old Strathcona and Garneau districts, the Rossdale Plant has been vacant for years now, since EPCOR shut it down back in 2009, following controversy over the fact that the land in which the plant is built on was used as Aboriginal burial ground.

Since then, locals have pondered about the historic Plant's future. What do we do with this one of a kind facility that sits right in the heart of our river valley, with some of Edmonton's most scenic views! There have been plenty of ideas and concepts thrown around over the years, everything from a sports venue to a hot springs oasis. Others would rather tear the whole thing down and let it be.

Why not turn the Rossdale Power Plant into Edmonton's own self-sustaining, carbon neutral version of the Pike Place Market in Seattle?!

Think about it! If somehow feasible, we could keep at least the historic brick building in tact and restore it, and revision that and the remainder as a public market, arts venue, and riverside promenade, all the while somehow honouring the unique and significant history of the land the Plant is built on.


Imagine a fresh foods grocery market sharing space within those decades-old brick walls with a local beer brewery, hometown coffee shops, ethnic food vendors, an artists' studio, an area for weekend artisans, and perhaps even hostel space. Imagine local musicians strumming their guitars and serenading passersby, as artists shape their canvas' as part of a program that offers workshops in the area. Picture a river taxi dropping you off at the shoreline patio to spend the afternoon at the outdoor café, souvenir kiosks, and craft beer gardens, before settling into that aforementioned hot springs.

The possibilities are virtually endless!

There could be a rooftop community garden and observatory, a scenic terrace lit up at night by patio lanterns, antique shops and book stores, a gallery for local artists, an Indigenous museum and cultural centre, as well as exhibits and giant murals celebrating the important past of this particular area, all under a beaming neon sign similar to the one down at Pike Place.


Food trucks and hot dog stands could set up shop on a rotating schedule; outdoor movie screenings could entice new and unlikely visitors; a small public park could be established with fountains and communal workout equipment; a port for the Edmonton Queen could add another cool element throughout the year; and nearby festivals and events could spill over on occasion.

There isn't ample parking available at the Plant, but there's always that future LRT Valley Line, and there could be express bus routes, bicycle parking, a river taxi system, or even a River Valley Adventure Segway partnership. And perhaps some sort of agreement with the neighbouring TELUS Field (if it still exists) to access their parking lot(s) when they're not in use. Or, you could just walk over.


In other words, if you build it, they will come. Hopefully. We are living in an entrepreneurial, progressive, and cultural city where grand ideas and ambitious concepts have become part of our civic identity.

And for those who say it can't be done, I would have to refer to other cities who have already done it! Towns like London and Brisbane have retrofitted their own aging civic power plants, restoring them to serve a brand new purpose.

I understand there are many obstacles - namely that equally ambitious price tag - but this Rossdale market would not only transform and accent our river valley, entice tourism, and take advantage of some prime real estate, but it would preserve the very beginnings of Edmonton and the people that made it what it is today. 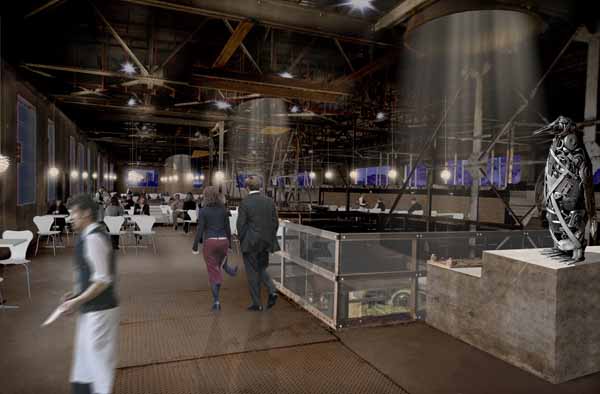 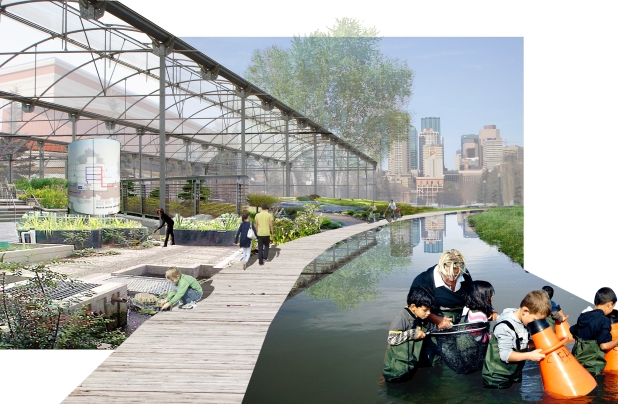 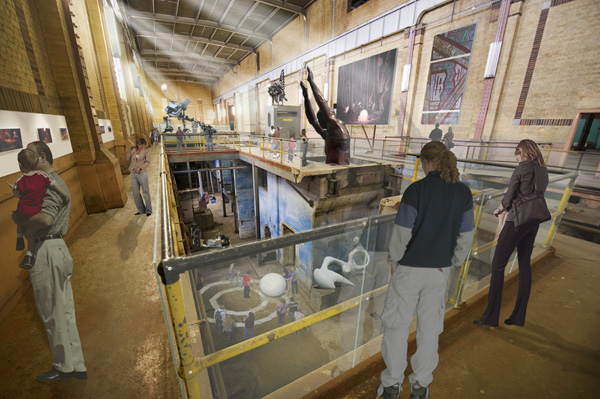