- October 26, 2015
Former #yeg poet laureate Alice Major offers an anthology of profound and often complex poems in Standard Candles
by paula e. kirman
ALICE Major is one of the most prominent contemporary poets Edmonton has produced. The city's first poet laureate and an inductee into Edmonton's Cultural Hall of Fame, Major's work runs a gamut of themes from family to mythology, to cosmology. 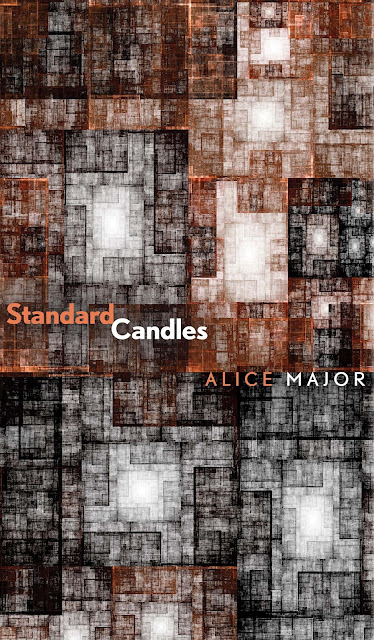 She explores these themes again in her new poetry collection Standard Candles. Using both contemporary and classical poetic forms, Major explores both personal and universal topics. Her language is complex, but not complicated, and the poems often read like mini-stories or windows into the universe – both Major's and the one around us at large.

In fact, many of the poems have an emotional resonance but go further by intersecting with dimensions of space and time, even when specific time periods or places are discussed. The juxtaposition of post-modern free verse and traditional rhyme schemes and forms only add to the contrasts that give the collection cohesion in its exploratory themes.