The JFL Comedy Tour is heading across Canada...and before it reaches our neck of the woods, Capital One is offering a lucky reader the chance to win their "Laughing All the Way to the Bank" contest!

I'VE always told my friends that one of my favourite things to do is laugh until I cry. It's the best medicine, they say. And what's more funny than the trials & tribulations of our relationships?! 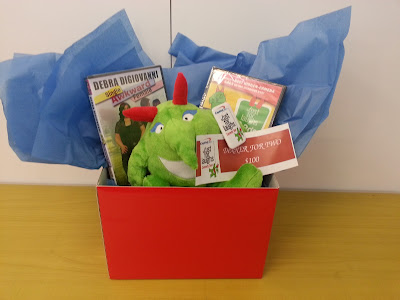 It's a common topic for stand-ups to use to tickle our funny bones, but it'll take center stage as the theme of the annual Capital One Just For Laughs Comedy Tour, making its way through town Friday, November 16.

Clearly you've already decided to take in the show, right?! I knew it! And that's why Capital One Canada and Just For Laughs have teamed up to make the experience for one lucky "I Heart Edmonton" reader even better!! Too many exclamation marks?! Anyways, as I was saying, Capital One Canada is presenting the "Laughing All the Way to the Bank" give-away, which includes a $100 gift certificate for a dinner for two (at Tres Carnales in downtown Edmonton), a DVD featuring one of the tour's comics, and Just For Laughs swag!

All you gotta do is email "I Heart" (emerx2@hotmail.com) with your name, mailing address, and this extremely difficult question: What credit card brand was named by Fortune magazine as one of the "World's Most Admired Companies" last year? Hint: It was Capital One! From there we'll select a random winner after the contest closes November 14, 2012.

In addition to that you can also sign up for the Capital One Stand Up Stand Off contest on Facebook. To win an LG entertainment bundle valued at approximately $2,500, just go to Capital One Canada's Facebook page, watch the videos, see if you can pick the most crowd-pleasing comic, and then enter the contest for your chance to win. The contest also rewards nine smaller prize packs (worth $125-$145), and ends November 14, 2012.

For a full schedule of the Capital One Just For Laughs Comedy Tour click here. For tickets to the Edmonton show click here. Good luck, and keep laughing, Edmonton!

Below is a brief clip of Debra DiGiovanni on the Capital One Just For Laughs Comedy Tour.

Being Gay in Edmonton